Chat about funsize Carmageddon for Android and iOS!
6 posts • Page 1 of 1 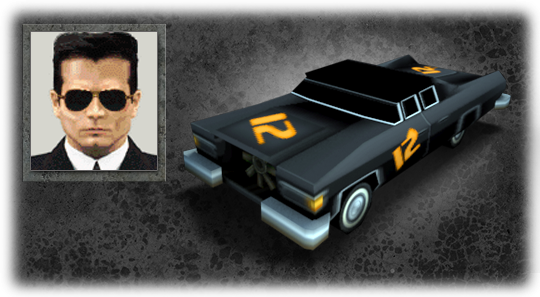 Now I know there are a lot of windows phone haters out there so if ur one of them please don't reply.

Im wondering what the possability of a windows phone version being released. The WP is becoming much bigger especially as its getting something like 500 new apps a day being submitted. I know it can't be a priority as it still has a small percentage of the market share but would be great if it could be in the pipeline, especially when WP 8 comes out as it'll have tools to make porting over games a lot easyer .

Anyway with windows phone 8 and windows 8 coming out I hope you guys(the devs) are considering how to integrate this new tech into your plans. My windows phone needs some carmagoodness. So even if it's not straight away please plan to bring one out anyway sortly after.
Top

This was posted in a different thread...

Trent wrote:it's unlikely we'll see Carma on the windows phone for reasons a few of us have been explaining to someone on the Kickstarter comments page (cliff notes: 100% rewrite of the code, no native code, getting all the features in at an consistent frame-rate would be very tough indeed). I wish it were possible but it's unfortunately down to MS locking the devices down to running managed code instead of native code.

And this is the iOS and Android forum ;-)
Top

Kurzonmorris wrote:Simply because there is no forum for windows phone and this is the most appropriate as it is more the mobile app forum as it has 2 of the 4 main phone platforms

Or you could have done a forum search and found this http://www.carmageddon.com/forum/topic/16840 (posted over a week ago in 'general discussion') ;-)
Top

Although what I posted in the other thread is true about current (Gen 1 &amp; Gen 1.5) Windows Phones, MS just announced Windows Phone 8 this afternoon which, along with supporting 720p screens &amp; multi-core CPUs, WILL support native code written in C++, it's based on the Windows 8 kernal rather than the Windows CE kernal and allows games to be developed using DirectX.

This means unlike WP7 it will be every bit as easy to port games to as iOS or Android, maybe even easier given how the APIs should be the same as the Windows APIs. WP8 is out at the end of the year I think. Unfortunately current WP7 devices won't be compatible with WP8 and are only getting an upgrade to 7.8 which won't support native code.

Whether Stainless port it to WP8 I guess is entirely dependant on how successful the iOS &amp; Android versions are.
a.k.a. Brent
Top