The 2016 reincarnation of Carmageddon! Discuss, mod and troubleshoot!
1111 posts

That looks amazing Alex. Please release a version that's completely pristine and showroom shiny, just like that - it's how I always wanted the Carmageddon cars to look.* It's so much more fun trashing cars when they look totally brand new to start with.

*Except for the "working" vehicles like the Plow and Towmeister.
Top

Thanks nobby :) I will release some options through skins so a showroom version will definitely be in there!
Top 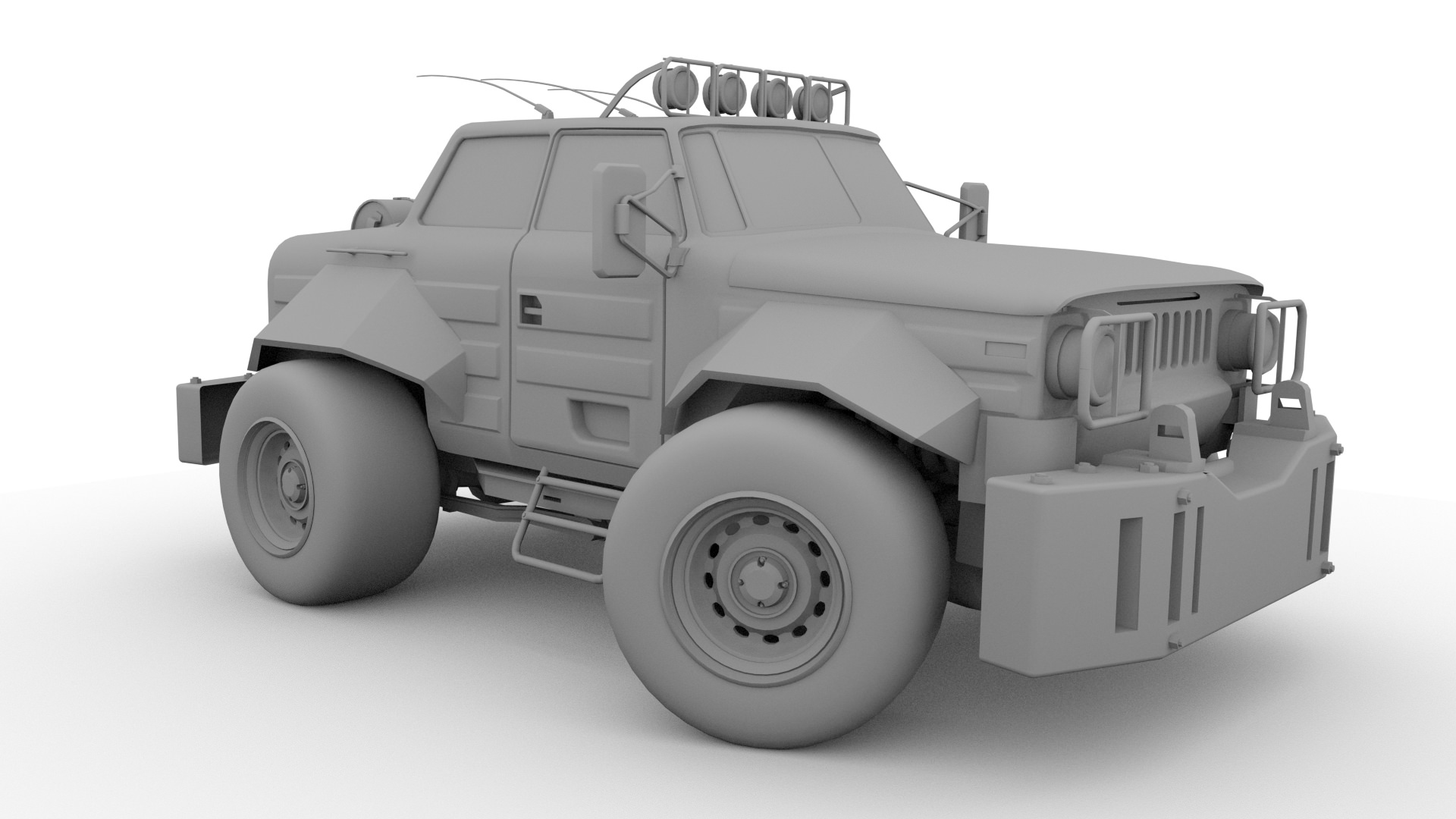 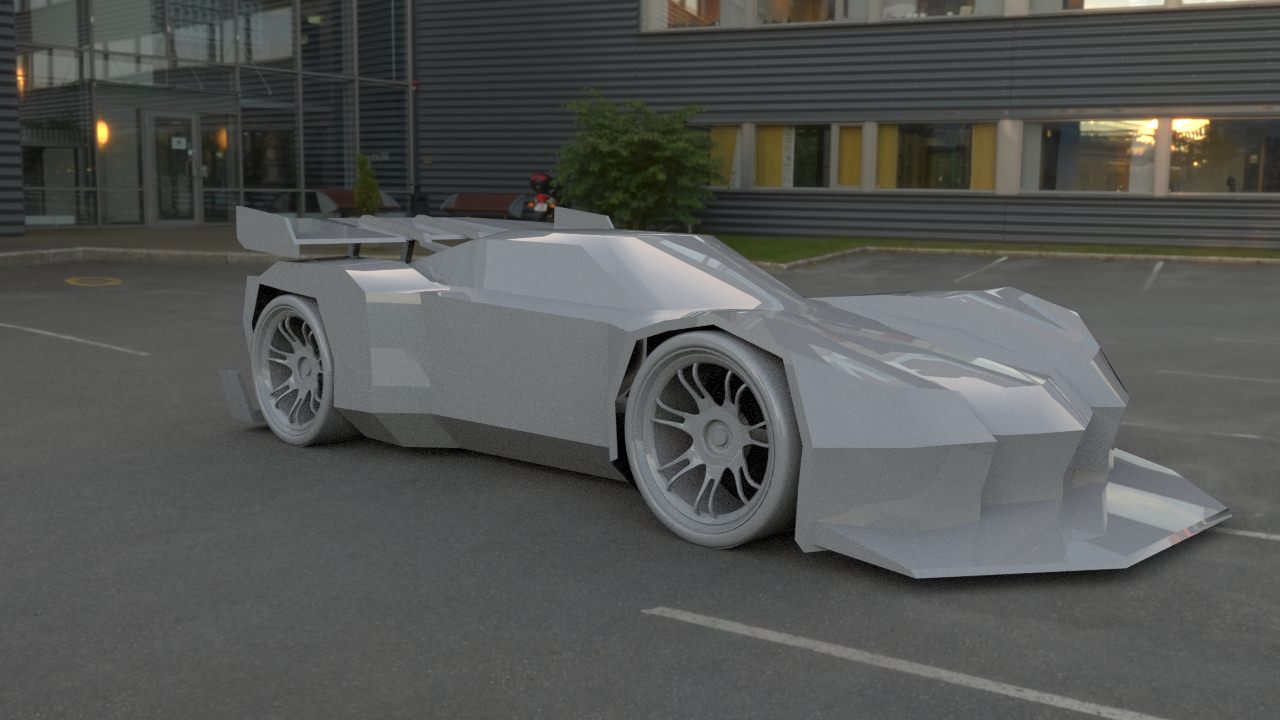 I want to combine it with the front blade design from the Fearari F666 and see where that leads :) 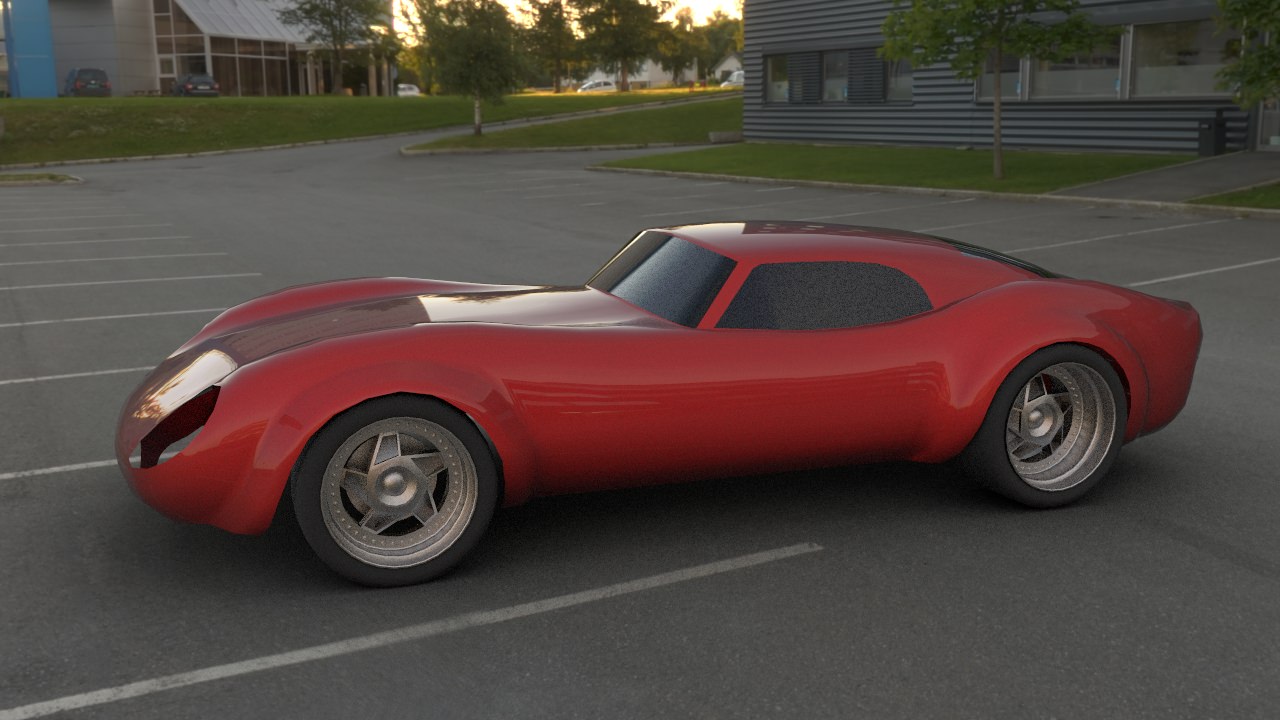 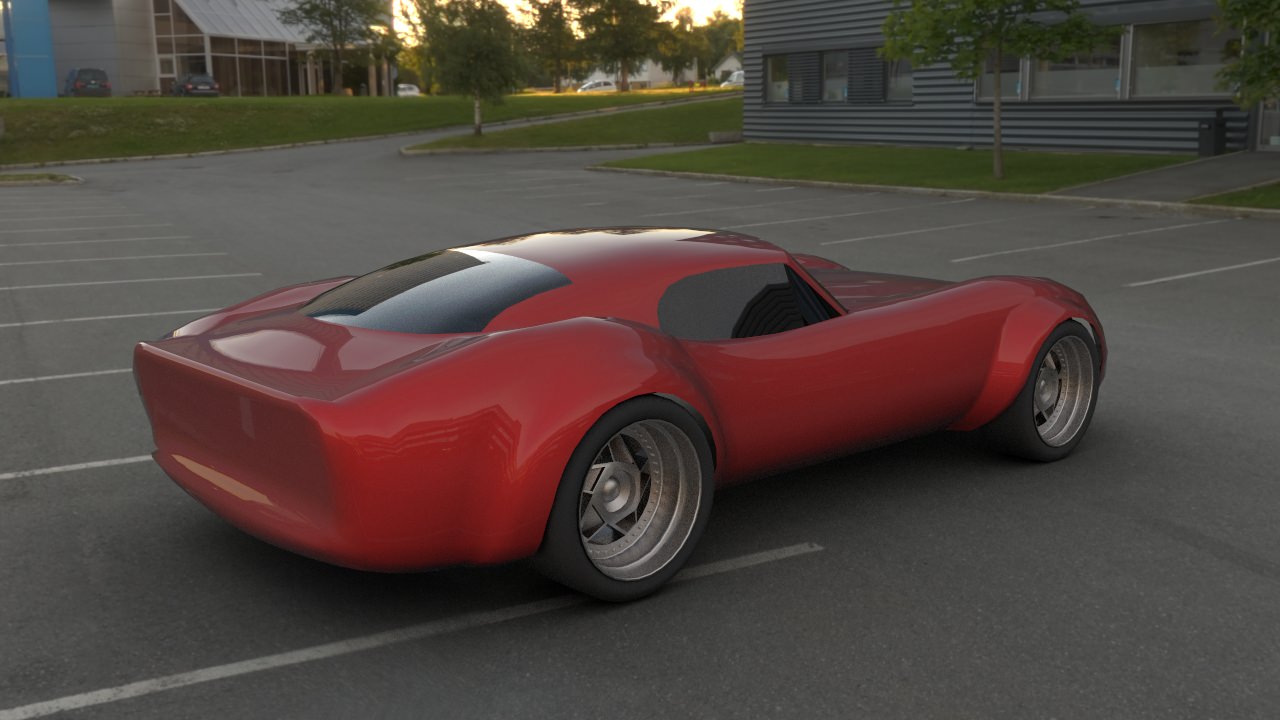 Hey guys, I've uploaded my Bare-Bones hotrod as a marmoset viewer, take a look at the 3D file HERE 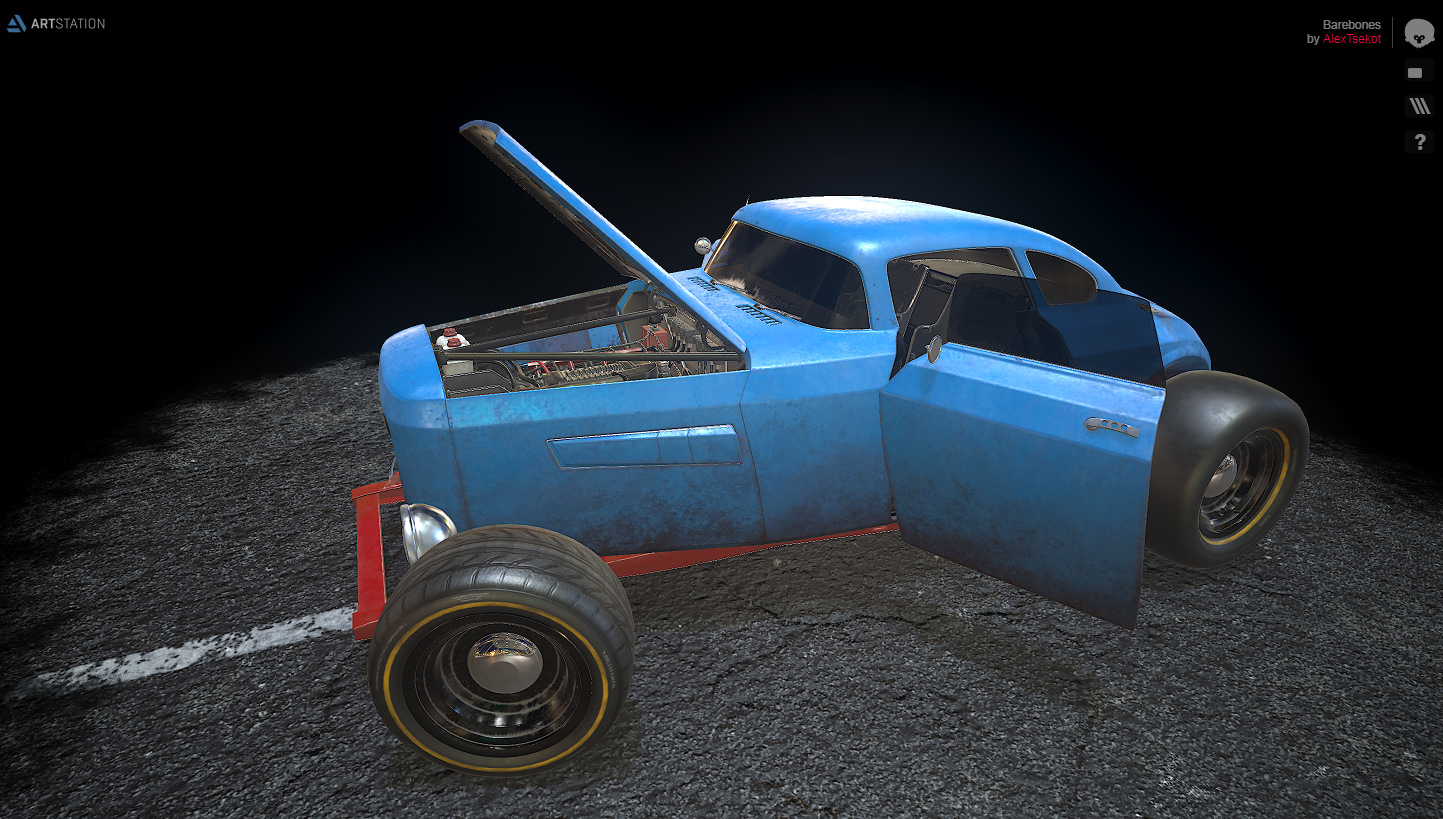 Much excite! (About all of it!) Great work as ever Alex.
Top

Any plans to make black skin with flames in the front and 666 race number? =D
Top

Awsome stuff man. The best stufff of all the modding communities!

If somebody could ever pull that design off, I am curious what that would look like.

If you ever think that might be an interesting idea, go for it.

To me, those 2 cars are my 2 favorite cars in the series, so naturally I thought about a child between them, especially since they belong to two different vehicle classes. One being a tank on wheels and the other being a sports car.

A suppressor that has an eagle mk1 design to it and red paint would be my first idea, or an eagle with 6 wheels.

As for a eagle suppressor hybrid thats something that far too 'out there' for my liking, I'll stick to remaking the original cars and doing my own designs.
Top

Bare-Bones is now also on sketchfab! With more fancy effects and things :)

The work continues steadily, I'm almost ready to texture the Eagle IV. My plan with this whole deal is to build some reusable assets I can put into future mods (with minimal changes), fingers crossed that it goes well. First up is a naturally aspirated RedTech V12. No accessories on it yet (separate texture sheet) This engine will be used in the Eagle IV and the MK1 as well as the Hawk MKII (Since its mid-engined will have to make a different transaxle and oil pan for it so I've made sure to leave enough space for that on the texture sheet, other than that the changes should be fairly minimal!)

The baking process and figuring this whole thing out has been really fun. More stuff coming soon :) 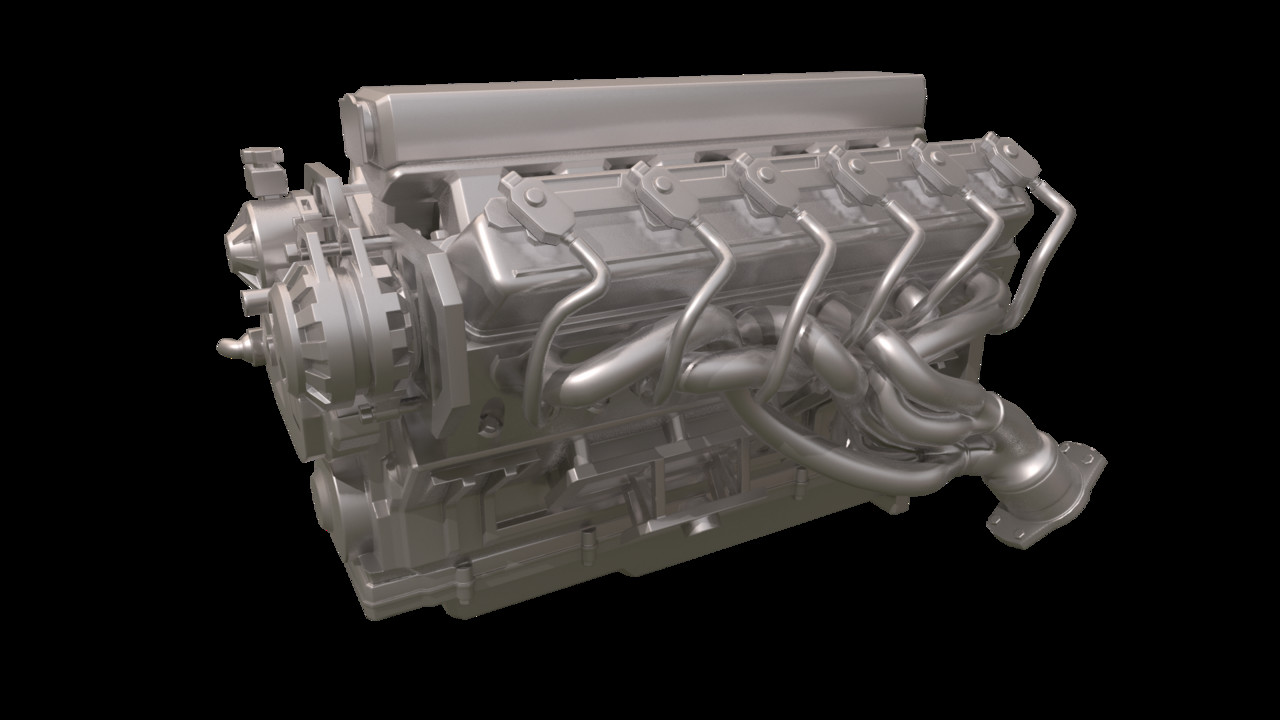 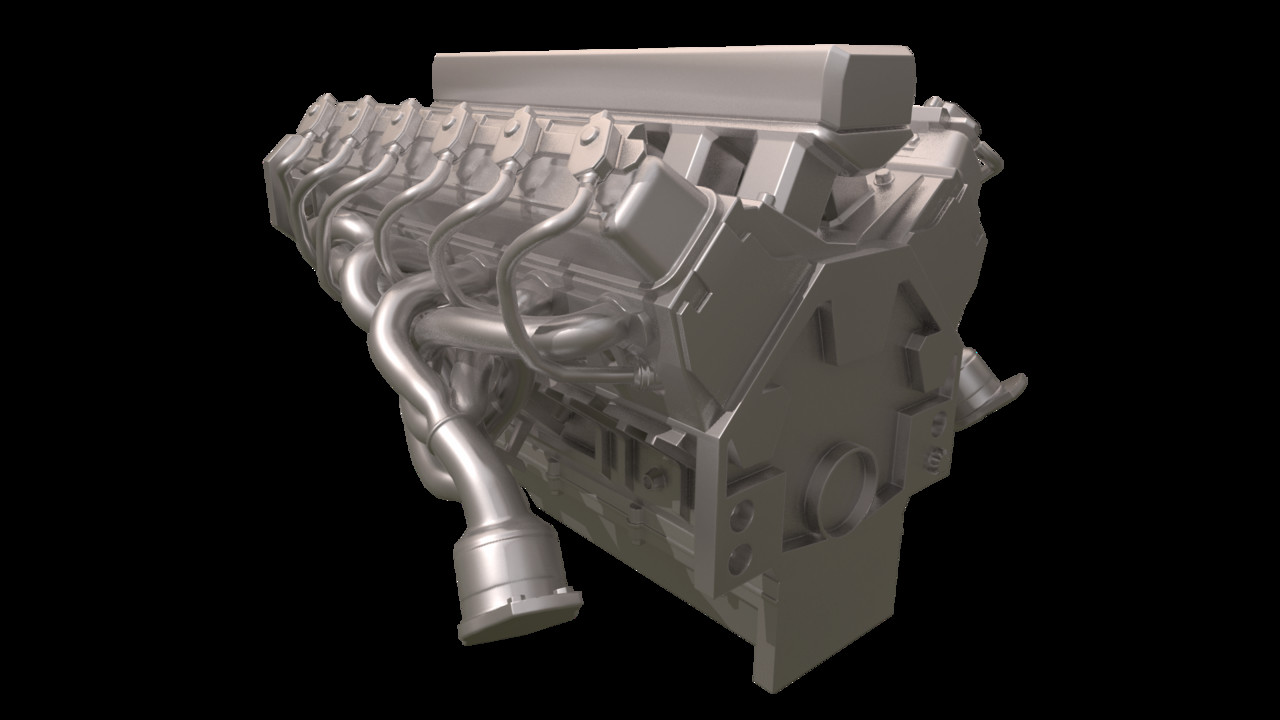 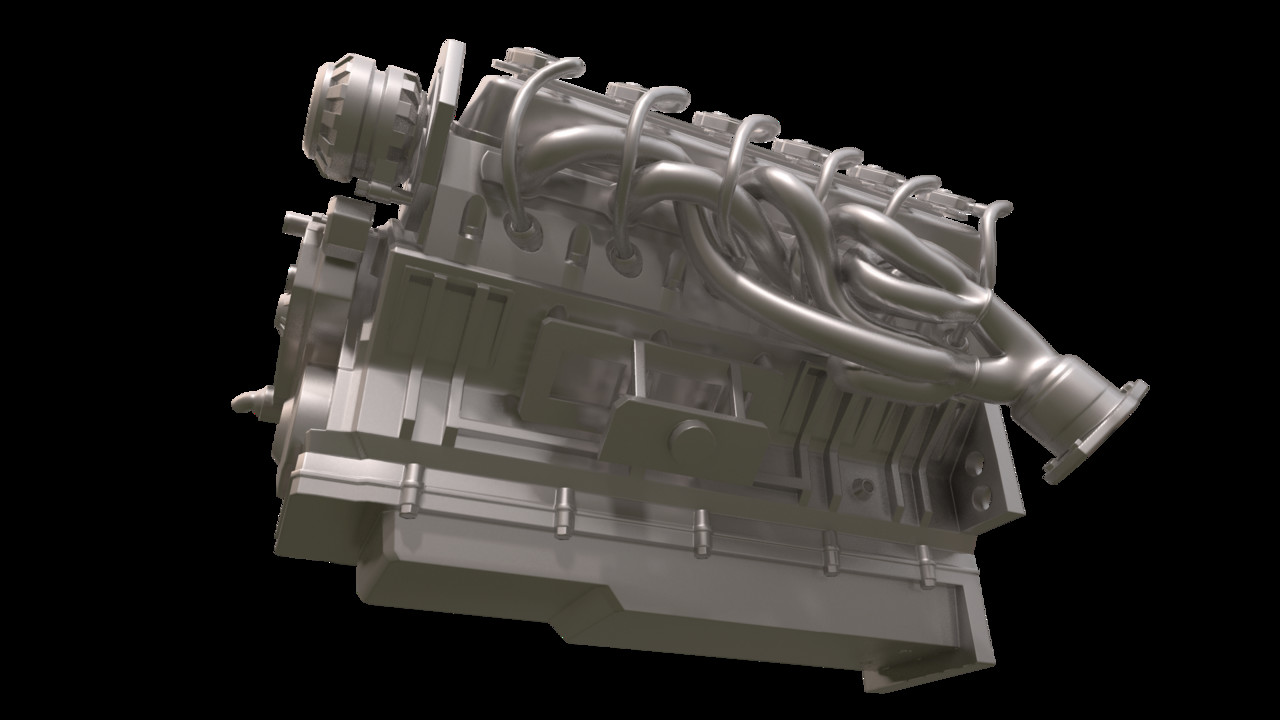 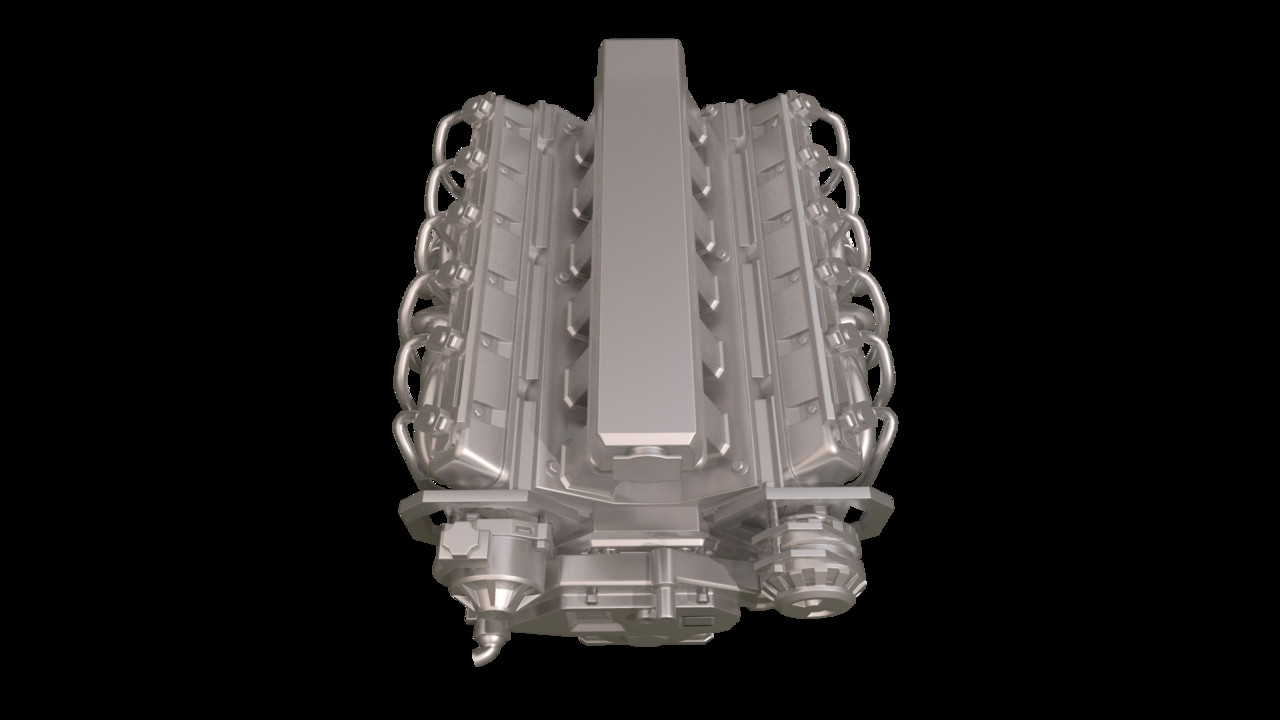 The powerup mod is coming soon , just 3 more models left to texture up 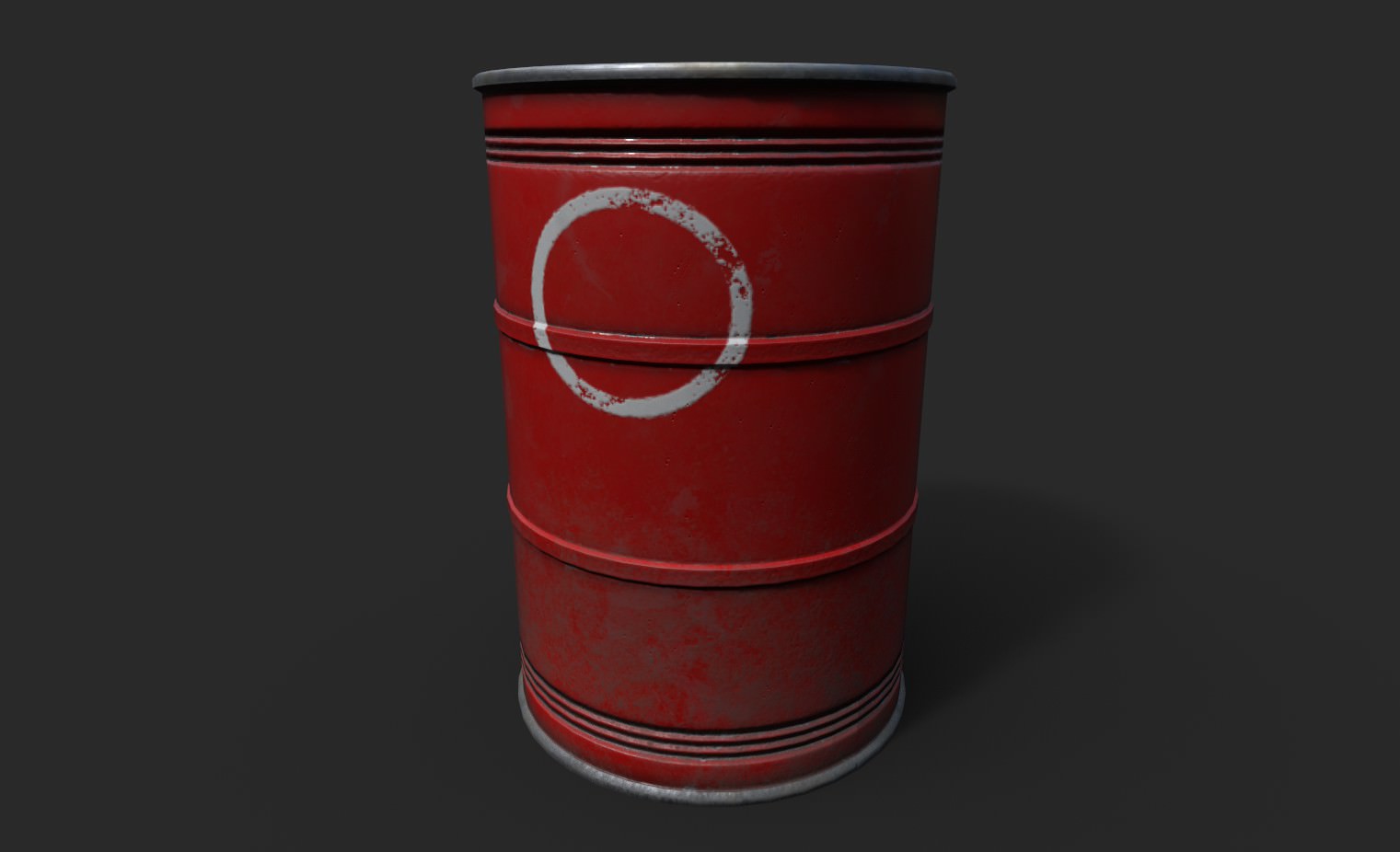 BOXES ARE BEST. BARRELS ARE WORST.

The more annoying prop out of the way 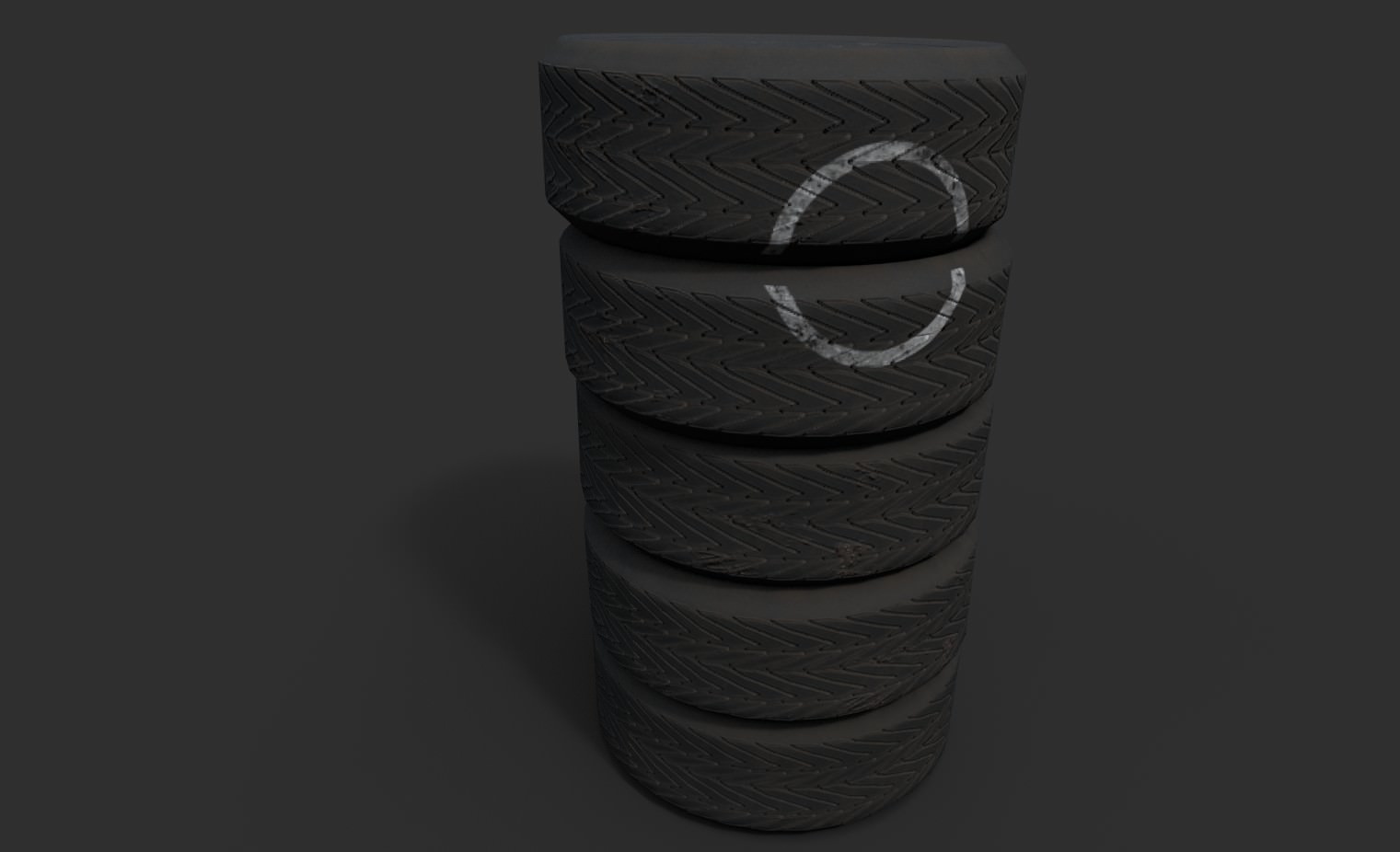 Only one more to go! (Nitrous Bottle)

Fun fact, it seems like some of the pups were supposed to be Jerry cans from the start as evidenced by their names still in the files, the models themselves are barrels however. Bringing it back! 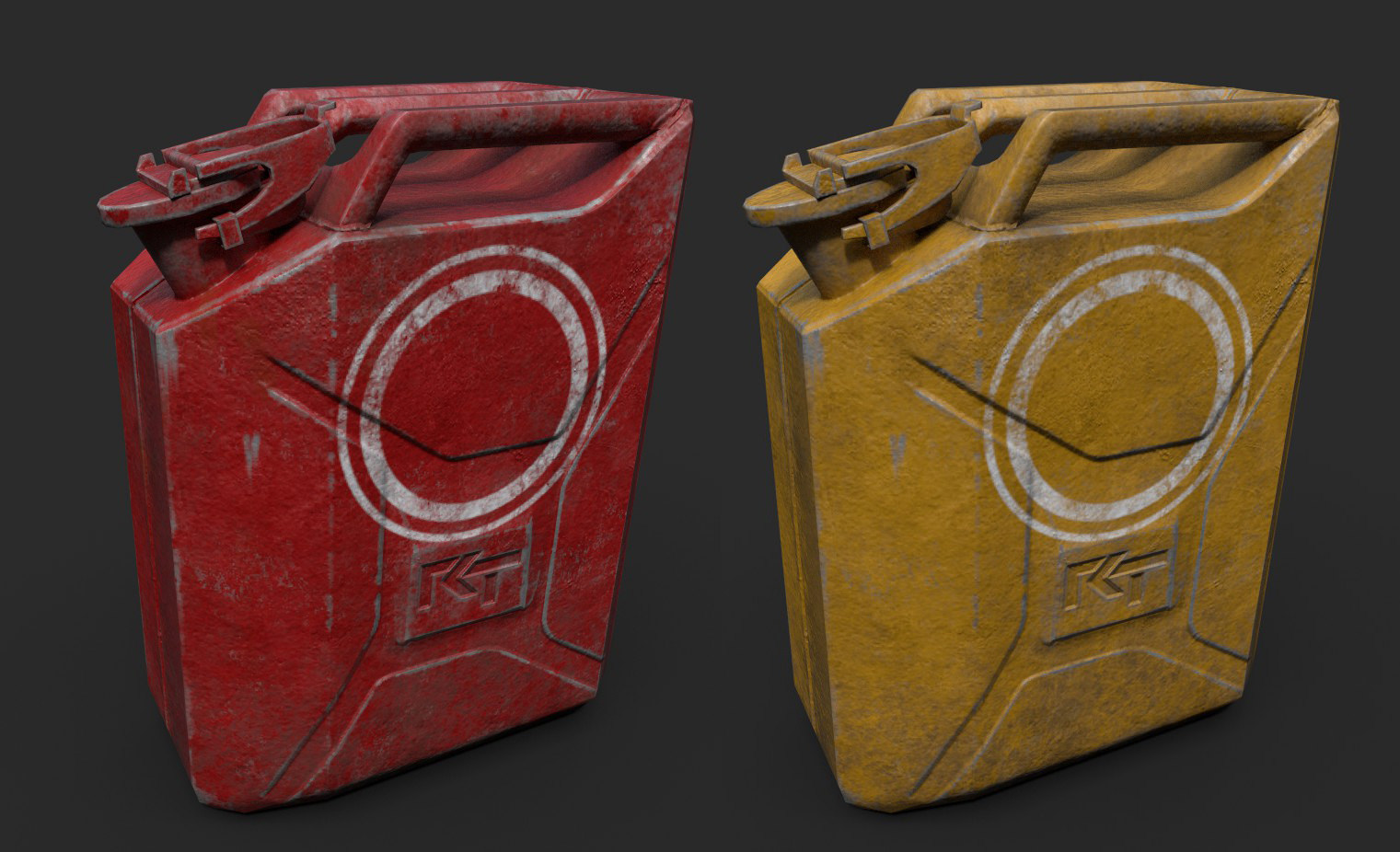 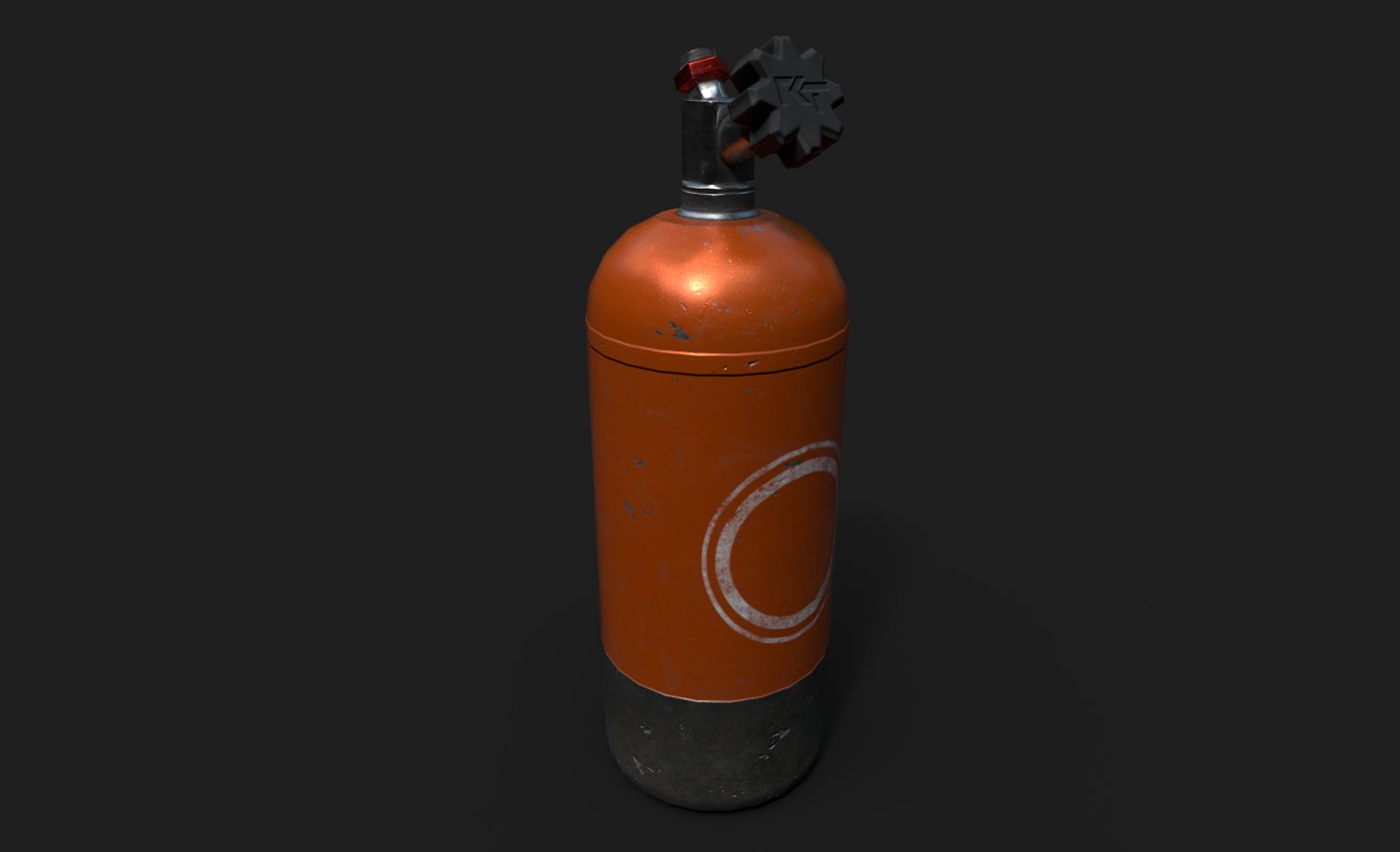 Now to do a couple of the required color variations and replace the current in-game models and textures :)
Top

Why are you making new models, when you already got rid of the outlines of the original models?

Will you put avalible download at some time the vanilla pups without outlines? I mean I'd be happy just with those tbh. =D

Nice work, except for the barrel =D ahah that triggers my OCD.

1.1 If I want to make a new model to replace one of the barrels I may as well make new models for all the powerups so they match.

2: No I won't make the removed outlines powerups dosnloadable since I don't have it anymore.
Top

Here's one of the new powerup models in action, hopefully I can get these all into the game tomorrow and do a release :) 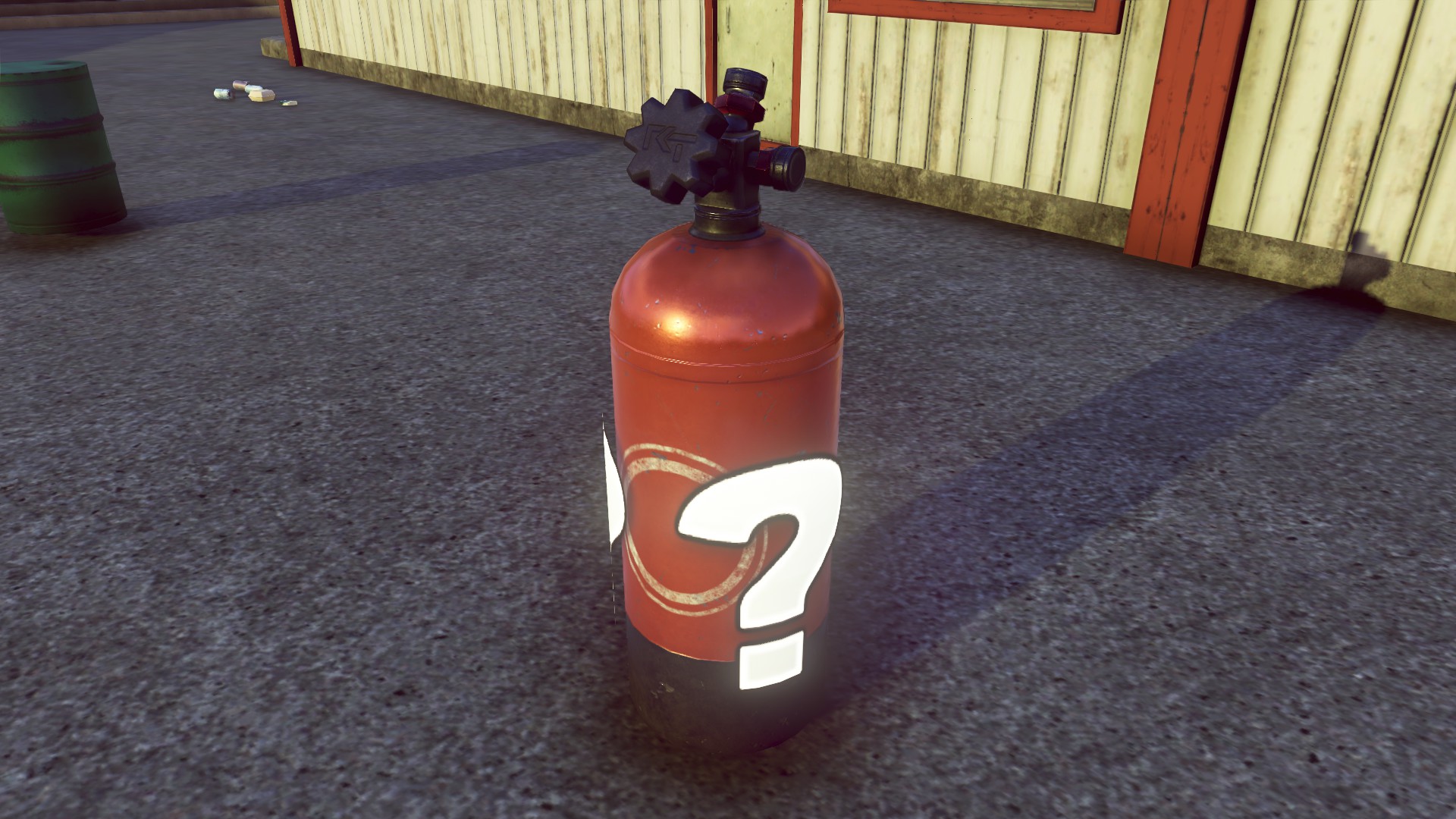 Here they all are, I'll package it up and release soon :) 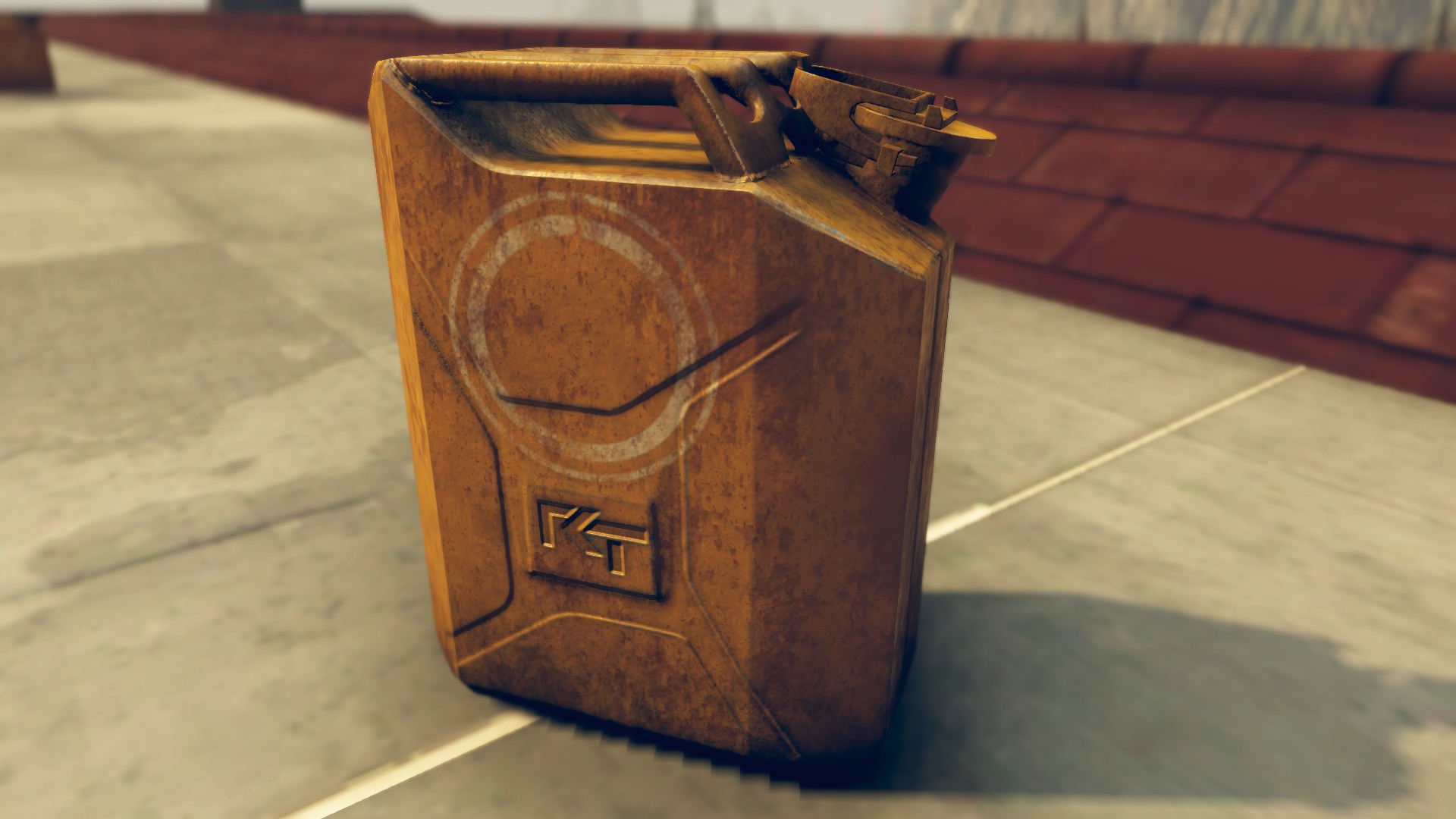 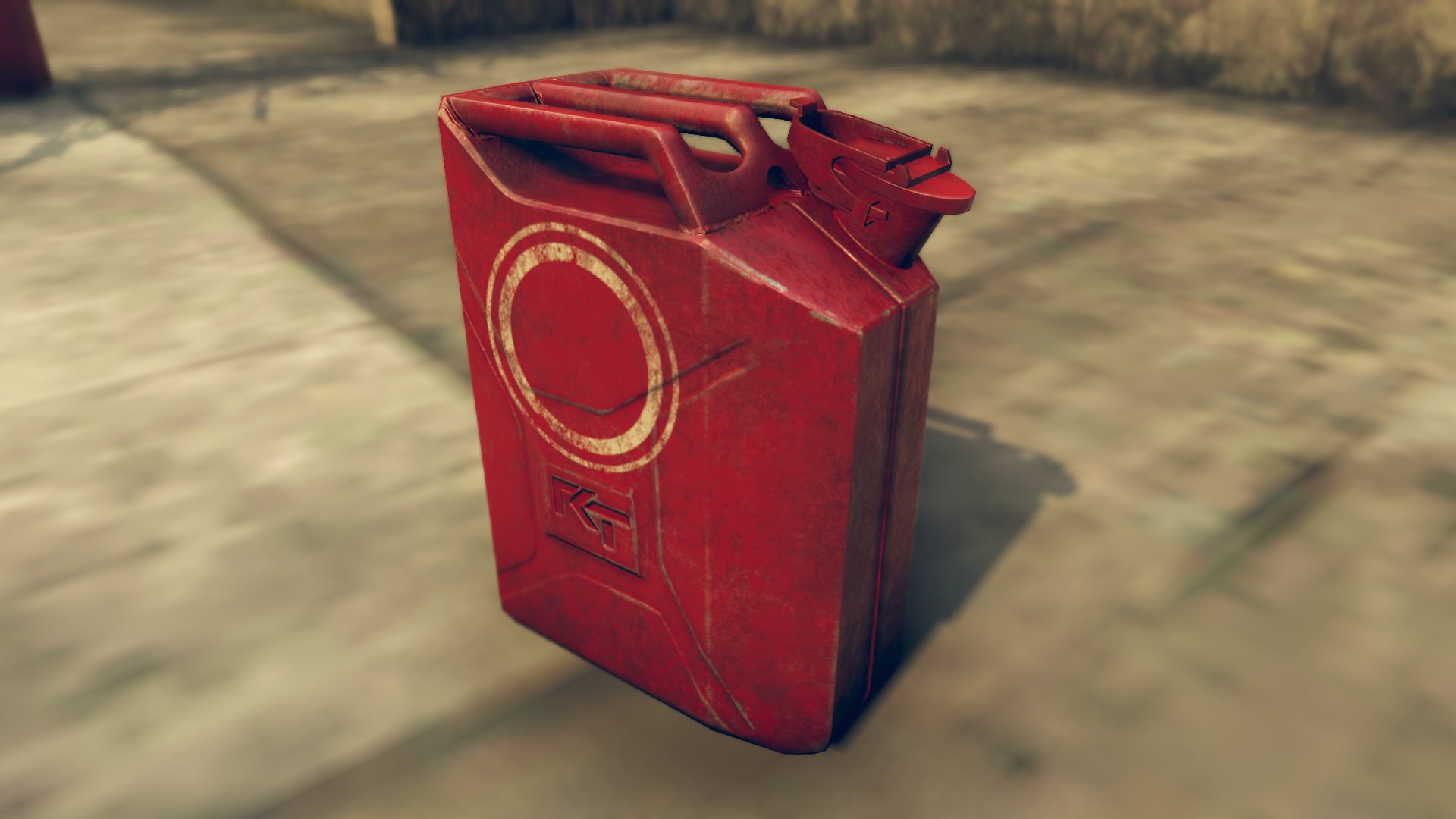 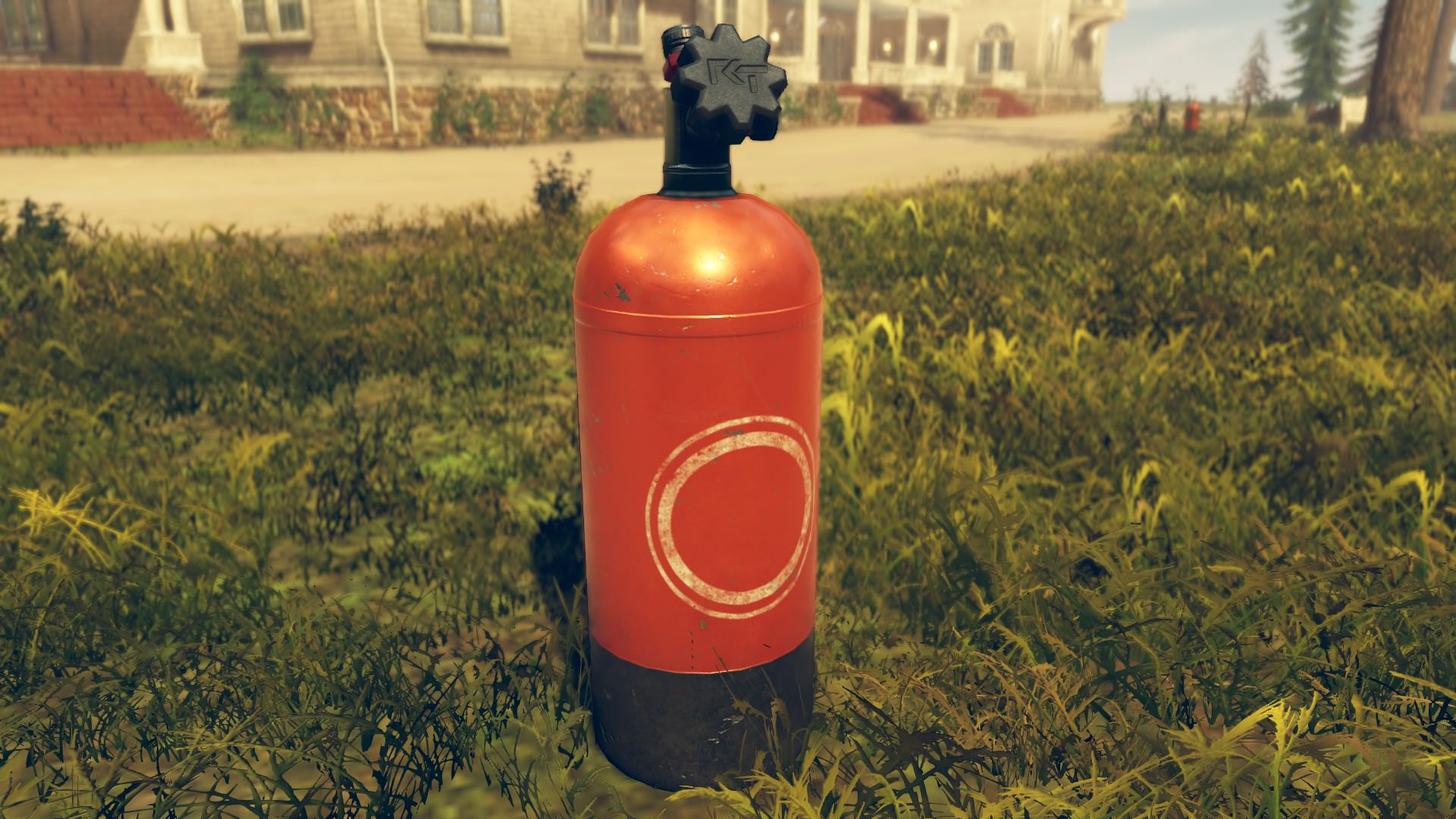 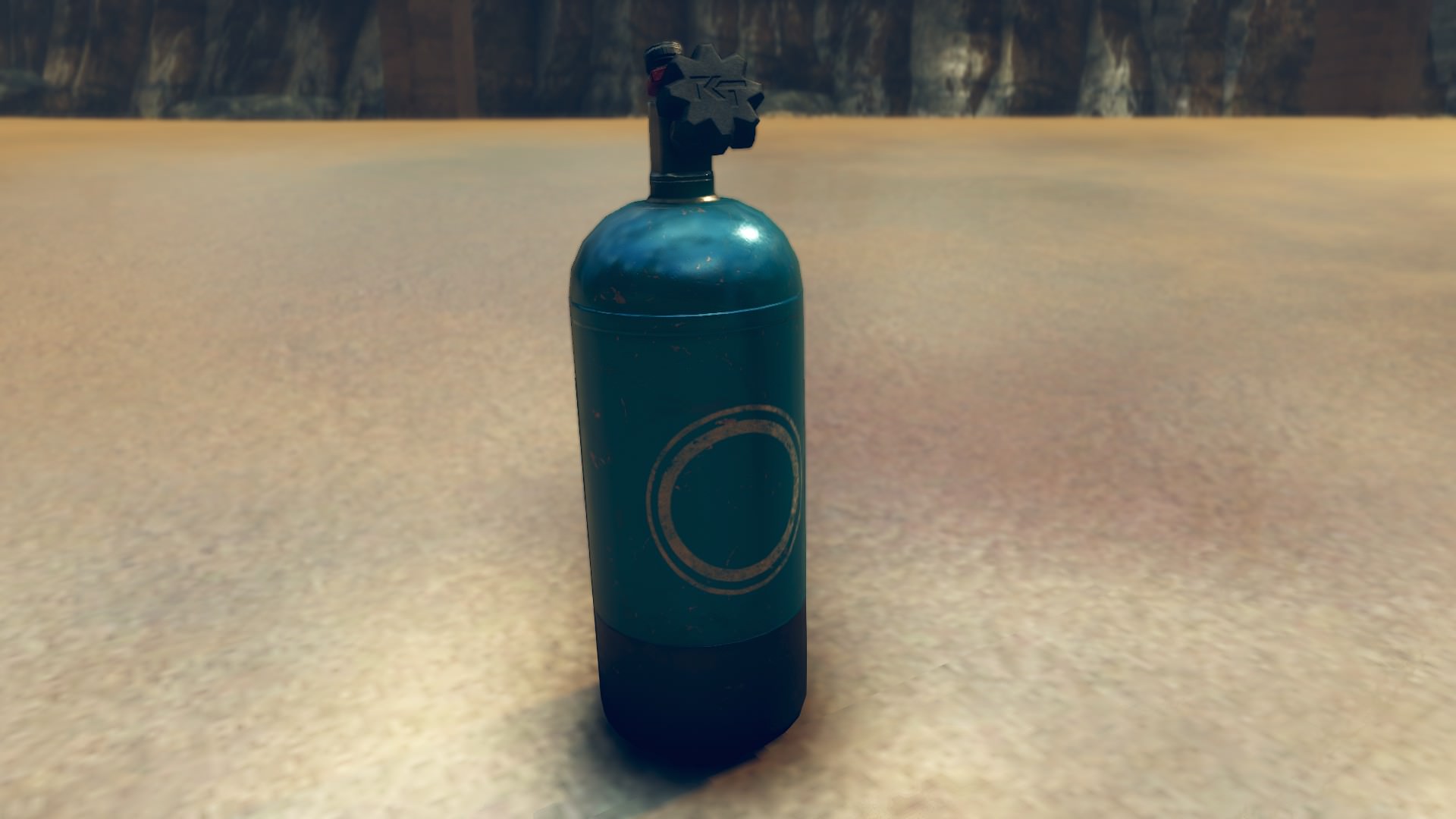 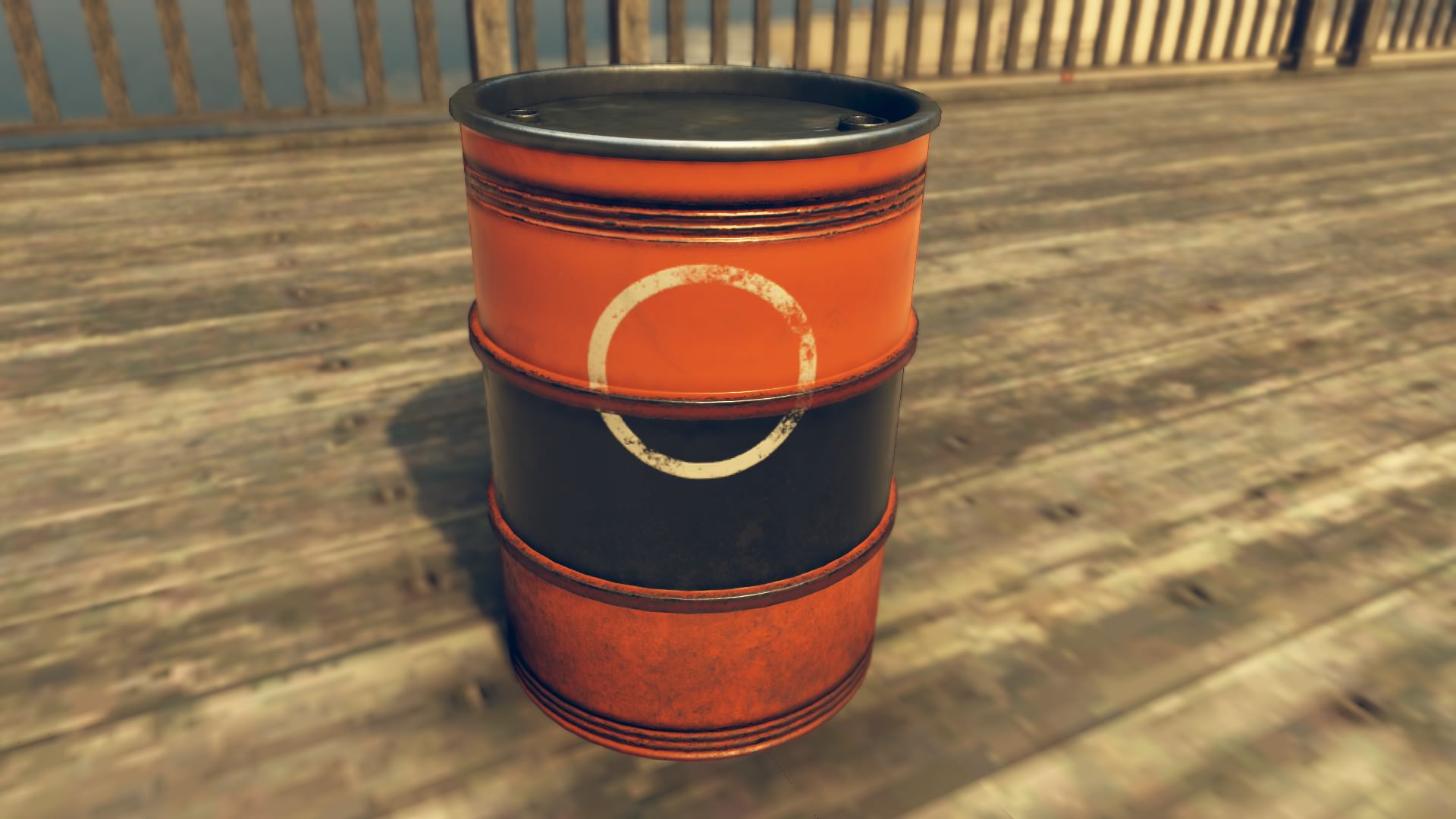 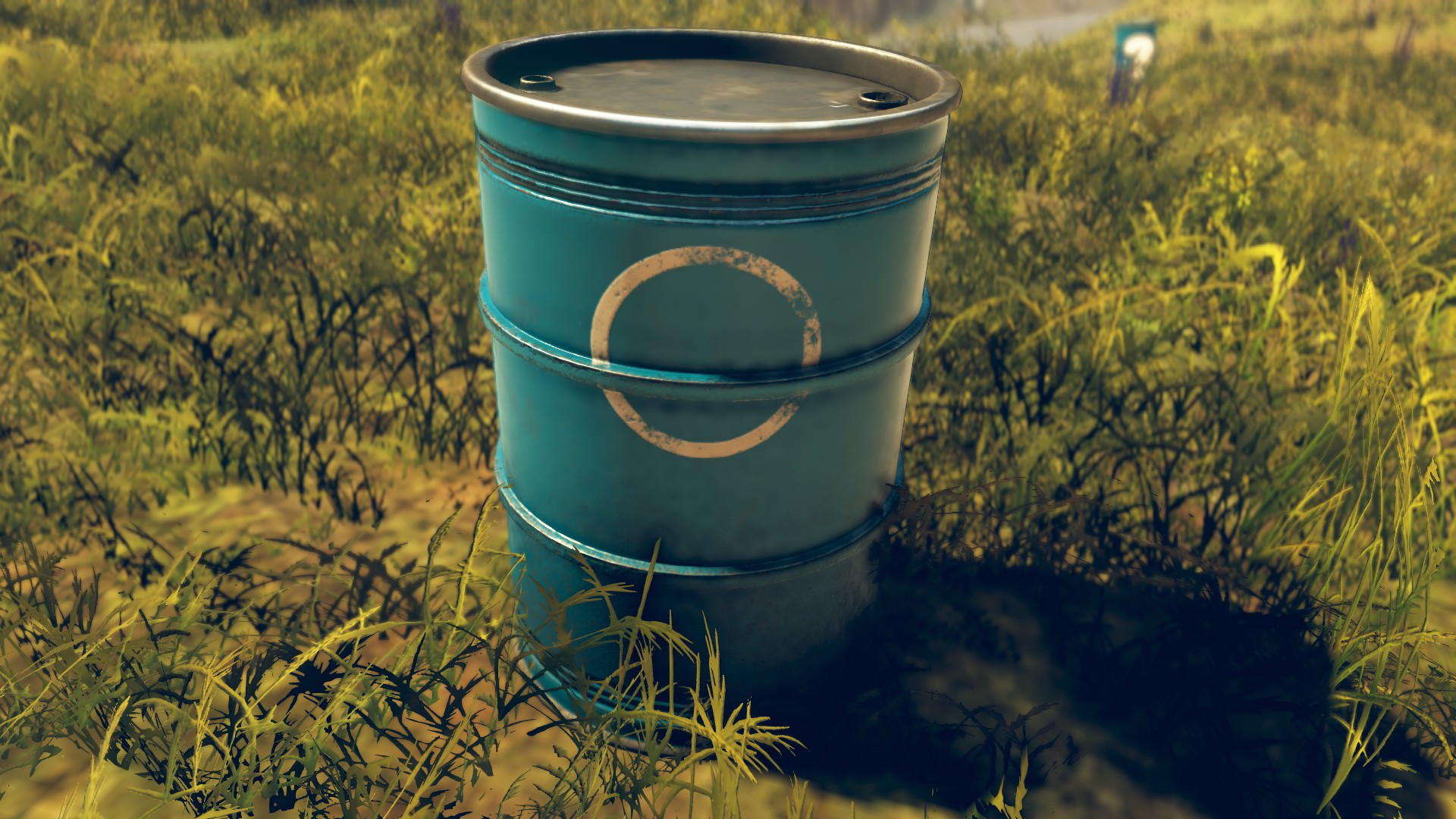 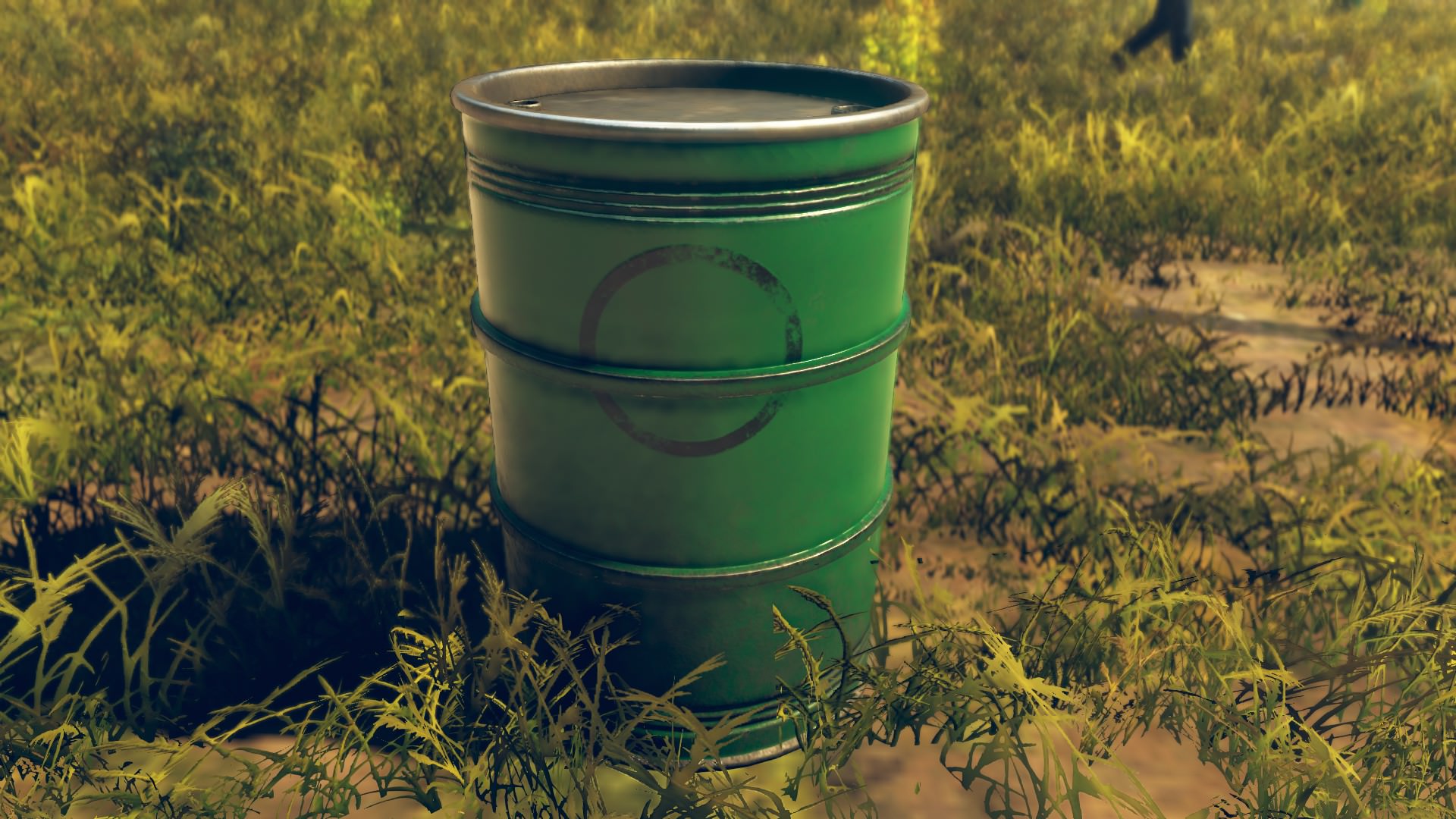 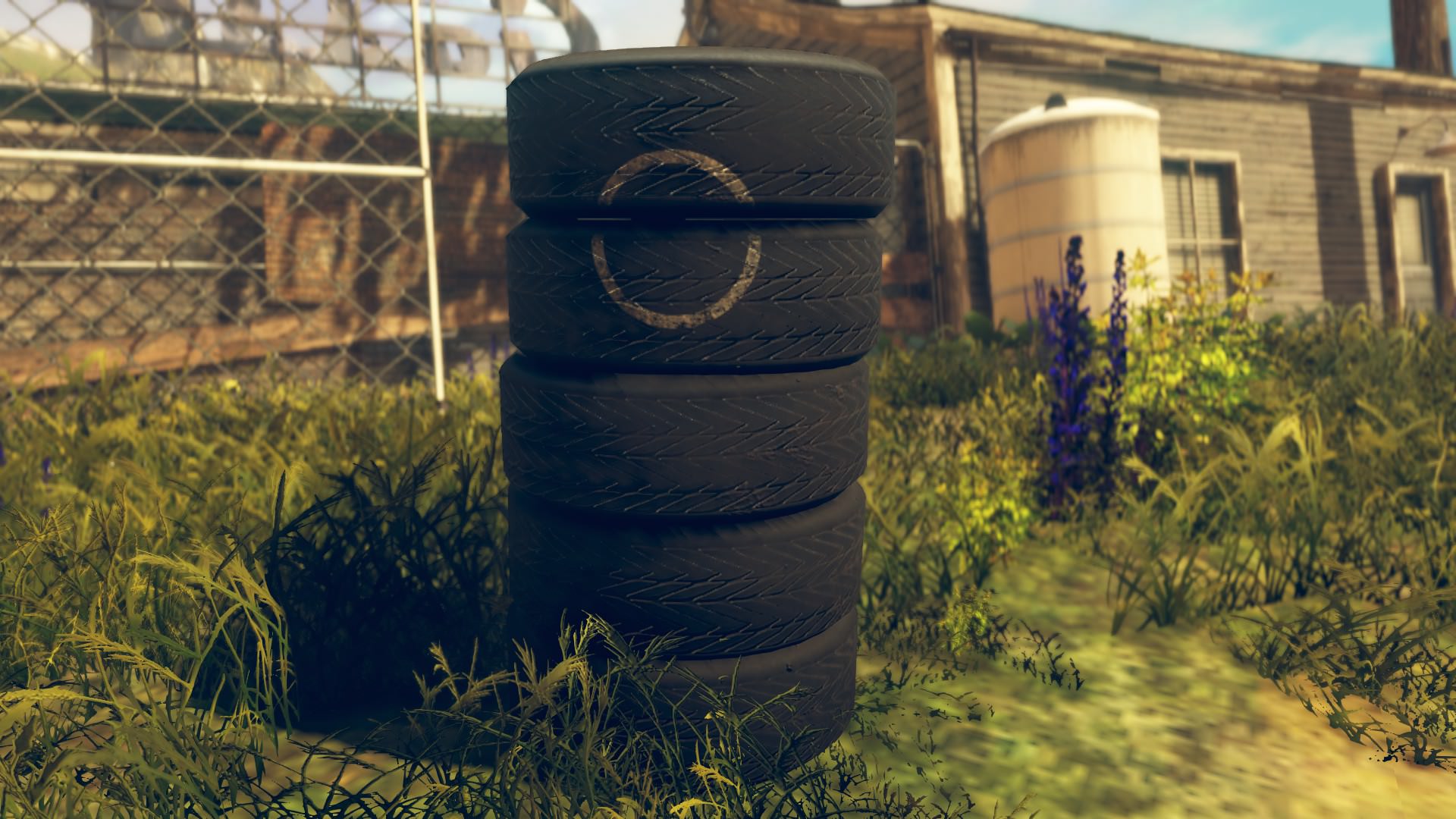 What and awesome pack and an annoyance removed from the game forever! Now I just have to get back to my removal of dizzy sounds mod and hopefuly get a working carma 1 ped sounds mod too.

We can slowly but surely make max damage a better game.

A truer carmageddon 1 remake than it already is.

I was waiting for something like this in silence for quite sometime already. Nice take to improve them. Stock pups are not to my liking. This on the other hand is just perfect, thank you!
Top

Thanks guys, I'm trying to come up with a solution to change the big floating 'this a random powerup' question marks so hopefully if that happens I will update the pack with those changes.
Top

AlexTSK wrote:Thanks guys, I'm trying to come up with a solution to change the big floating 'this a random powerup' question marks so hopefully if that happens I will update the pack with those changes.

Awsome. I just want to ask you something though.

Did you or are you taking the poly count into consideration?

From your screenshots, the barrels look way more detailed than anything else in the scene and considering they are spreaded all over the map, if the poly count is too big, they might chew up fps gratuitously.

I too hate low poly cylinders and wheels but when you have to deal with lots of them on the screen at once, the idea is to keep a balance between looks and performance.

How much higher is your poly count vs the original ones? We must keep in mind that if we ever get higher poly peds in this game, the poly count is really going to become a priority.

It would have been awesome if you also threw together a carmageddon 1 skin pack for the barrels to have them all perfectly match their carmageddon 1 counterparts in both shape and skin.

I never understood why did they change the red barrel from carmageddon 1 and make it orange.

By comparison it just looks washed out and lifeless. The polycount isn't much higher than the original barrels. Take it like this : The vanilla tyre stack powerup model is nearly 3 times the polycount of any of my props. The polycount isn't very important anymore in modern games, the texture resolution, number of textures and number of materials has much more of an impact than polycount, but regardless its a balancing act and I made sure my new models aren't insanely detailed for no reason. The textures on my new models are of the same resolution as the vanilla powerups with the only additional texture being the normal map and my game runs perfectly fine. haven't noticed any slowdowns and I dont have a top of the line PC in any way shape or form.

As for the organe barrel let me just jog your memory here :

This mod is not supposed to be a "C1 recreation" in its entirety. C1 didn't have jerry cans but I have made some because in the pre-alpha of CR there were jerry cans, even the current files have a "jerrycan" prefix despite the model actually being a barrel. I am not trying to make the C1 barrels, ts basically just a mixture of styles from C1 and CR/MD.

The way the game works with the random powerups (the question marks) is that it attaches a scrolling question mark texture to the groups of powerups that are set as random for any given level. The model that is used for the attachment is picked from the non-random powerups, so the game is currently just reusing the tyre stack and if its random, attaches a floating question mark around it. I'm looking for a solution but I know that it won't be question marks just painted on the barrels, this worked in C1 because the barrels were sprites that always face the player, it won't work so well here.
Top

Thanks for the detailed info but you probably read and started writing the reply to my post before I managed to edit it.

In the end, I like what you did a lot and I also suggested that maybe one day you will also make a retro barrel pack to resemble the carmageddon 1 barrels 1:1 provided you manage to remove the floating question mark.
Top

Errol has tested some stuff in regards to the question mark and I'm also looking at changing it a little bit, though don't expect the random powerups to act like the c1 pups.

Anyway, I'm messing around with the checkpoint styles, who remembers the pre-alpha checkpoint? I certainly forgot how different it was. 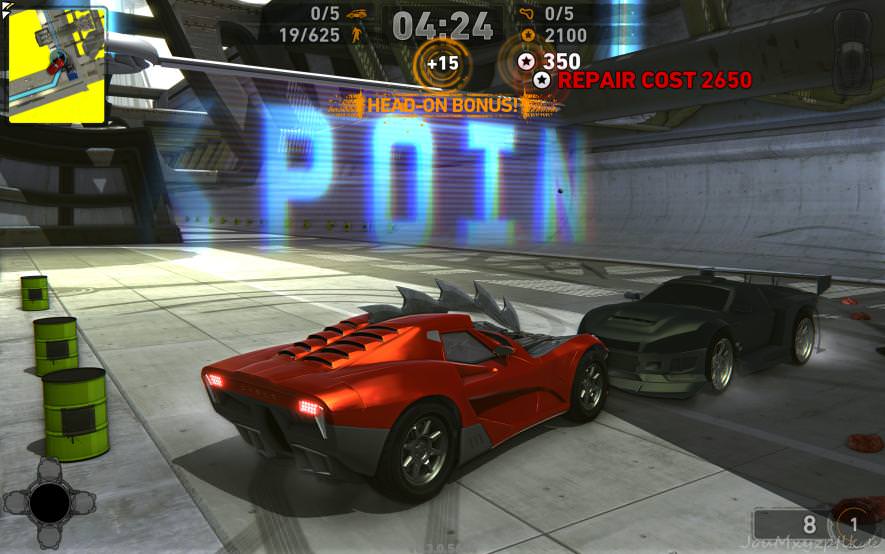 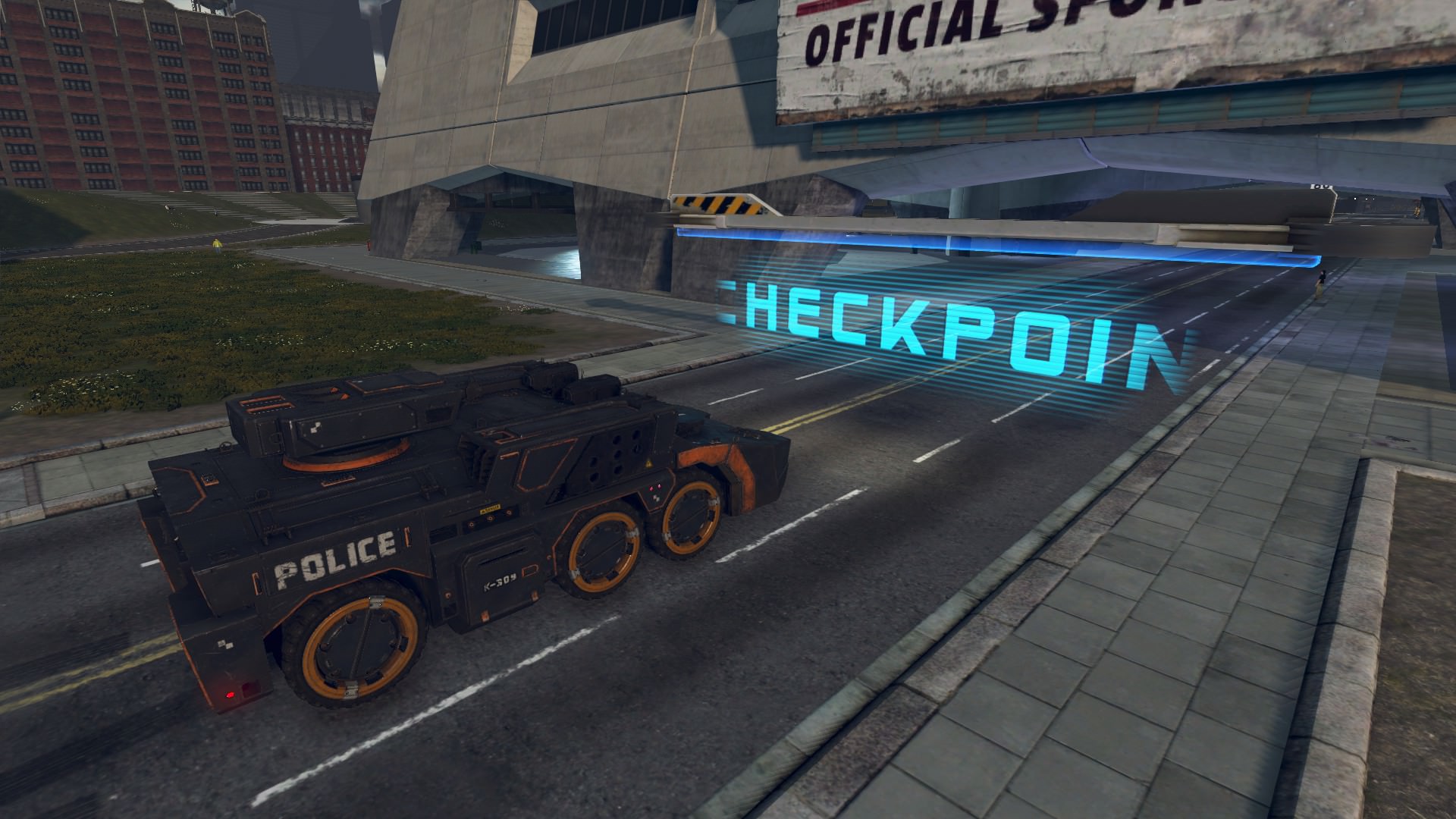 EDIT : Did a little more fiddling and I quite like this version : 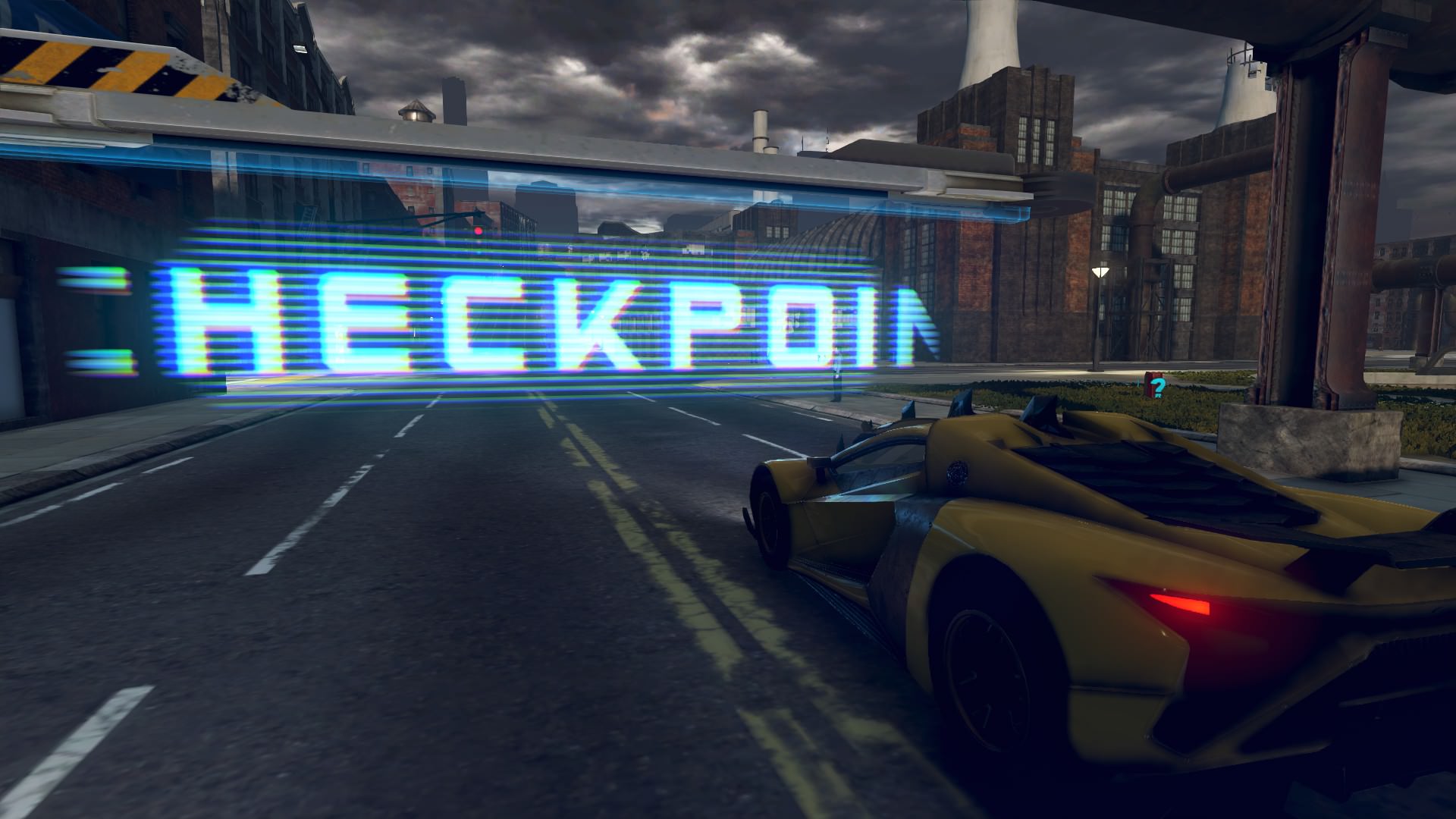 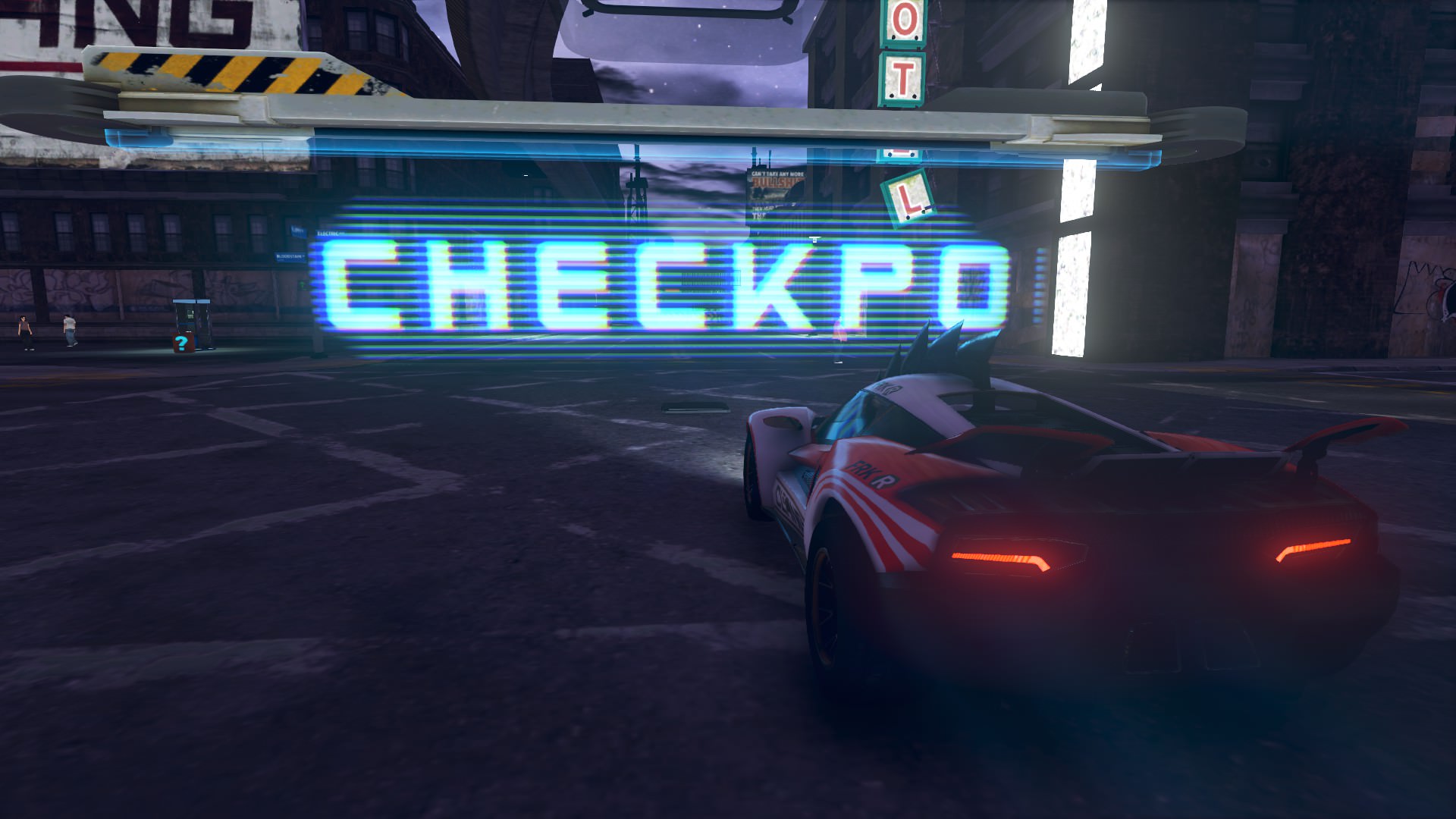 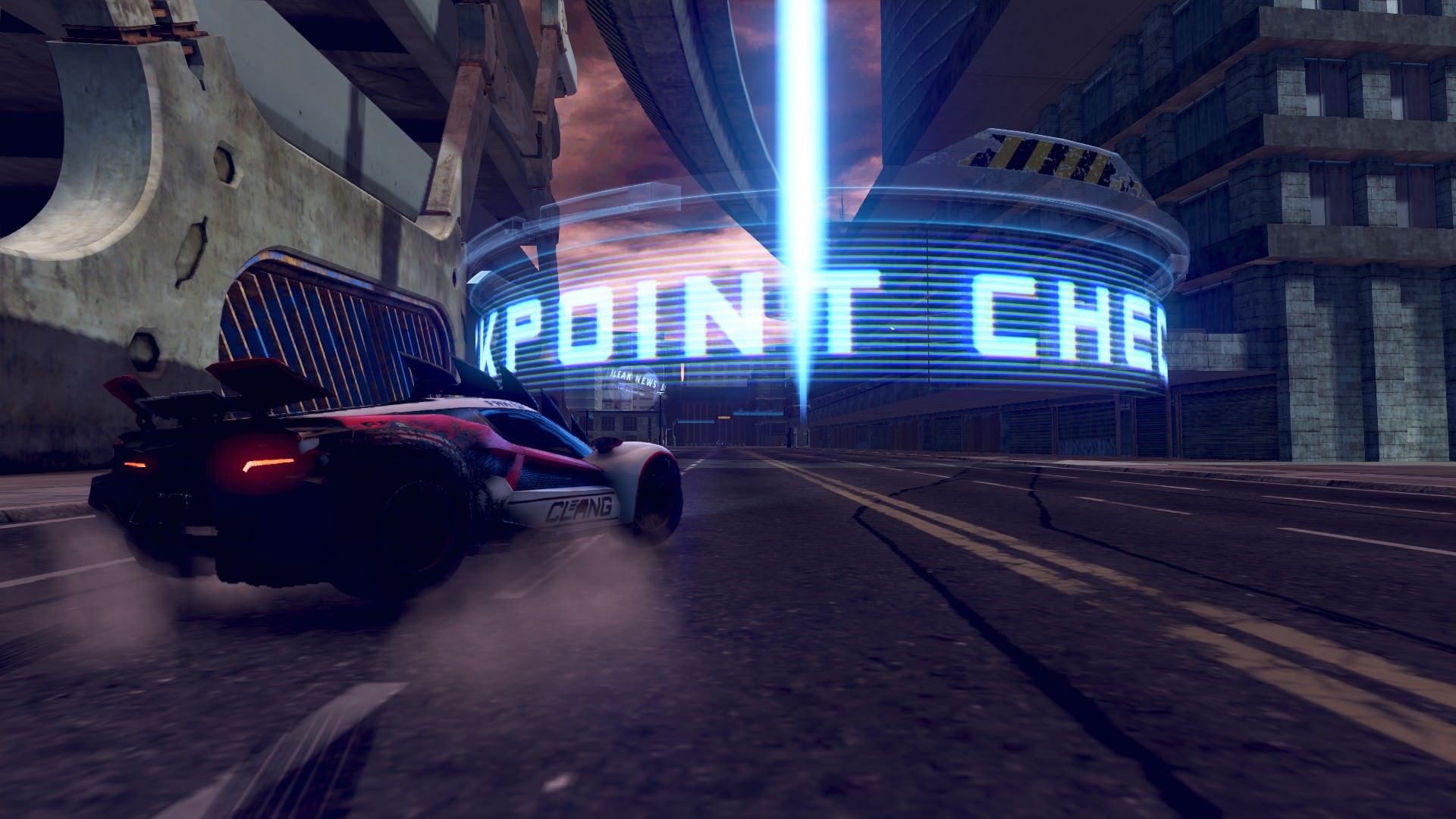 No comment except that obviously these mods are intolerably impressive.

The powerups replacement is a dream come true.

Stainless could make a few of these official ! And Put them as DLCs on PS4 ! The Suppressor !