This forum gathers all the official activity that accompanied the revival.
1 post • Page 1 of 1

For years we’ve discussed the idea of having a REAL Carmageddon car built, as a cool way to promote the game.

Our budget for developing Carmageddon: Max Damage on the consoles included a (relatively modest) lump of money ring-fenced for marketing the game. And so within our marketing plan the idea of “a Carmageddon car” got resurrected – although it remained kinda semi-wish list, as it still seemed like it would be unlikely we could get it done within the budget.

But then, one day, as Jason the Garbarian our Publishing Director was idly perusing cars for sale in the States, he yelled for me to check out what he’d just spotted and sent me a link to an Ebay listing… And there it was. Christened “Nosferatu” by its builder/owner Brian, it was an ultra-mean looking rat rod in a distressed, nasty black paint scheme. It turns out to be a custom built rod based on an old Chevy C10 truck (hence its EVILC10 license plate), and built to be shown at the “Wasteland Weekend” event in the So-Cal desert. 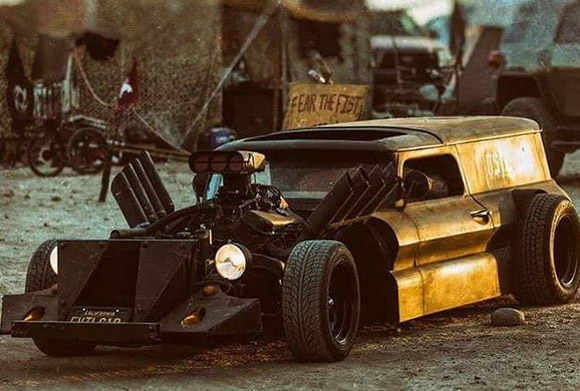 Jason and I agreed that we HAD to buy this car!

A deal was rapidly done and the car was OURS! Now all we had to do was take possession of EVILC10 (as we re-christened it), and get it to someone who could wrap it in promotional graphics for us. Brian took photos and measurements of the car for us so our designer Steve could mock up the livery and produce the artwork for the wrap. I sent Brian a quick Photoshop sketch of a set of evil blade over the front wheels, which he then fabricated as the meanest looking pair of massive metal mudguards/blades (they’re removable, although he did tell me it would be fine to drive the car in L.A. with the blades fitted, as long as we avoided highway speeds which might rattle them off!). 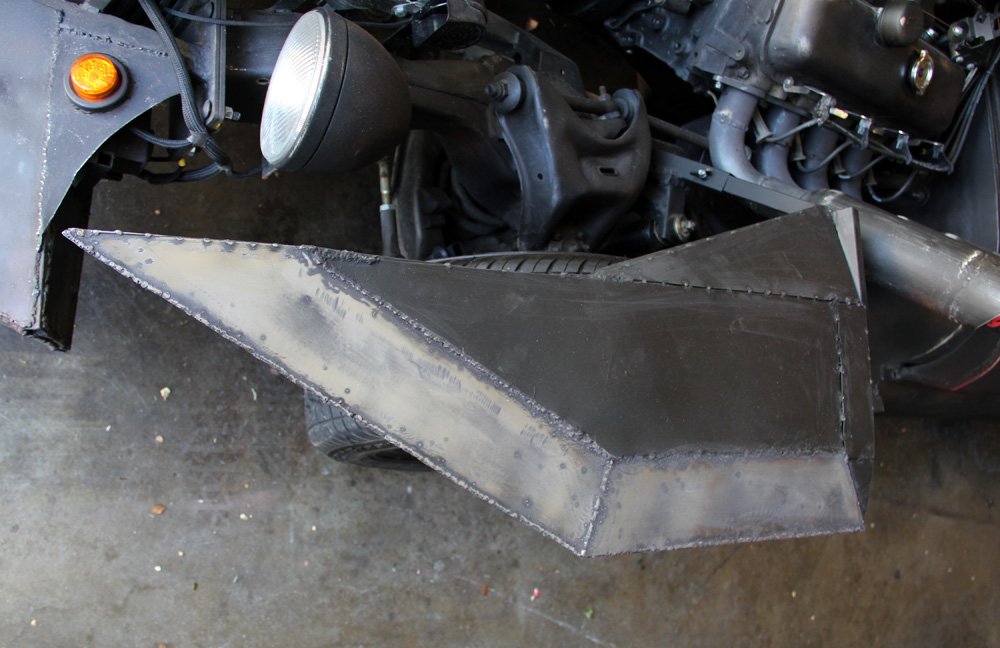 I contacted an automotive vinyl/wrap shop in L.A. to find out if they could do the work on the car. Patrick and Alejandro at Top Wraps were up for the job, gave us a great quote and Brian kindly offered to deliver the car to them. There followed a week of very late nights (due to the UK/US time difference) as I liaised with Alejandro to amend and tweak the artwork so that it fitted the car properly. The wrap got finished on Saturday, at about the same time as Jason and some other Stainless bods were arriving in L.A. the weekend before E3 gets under way. 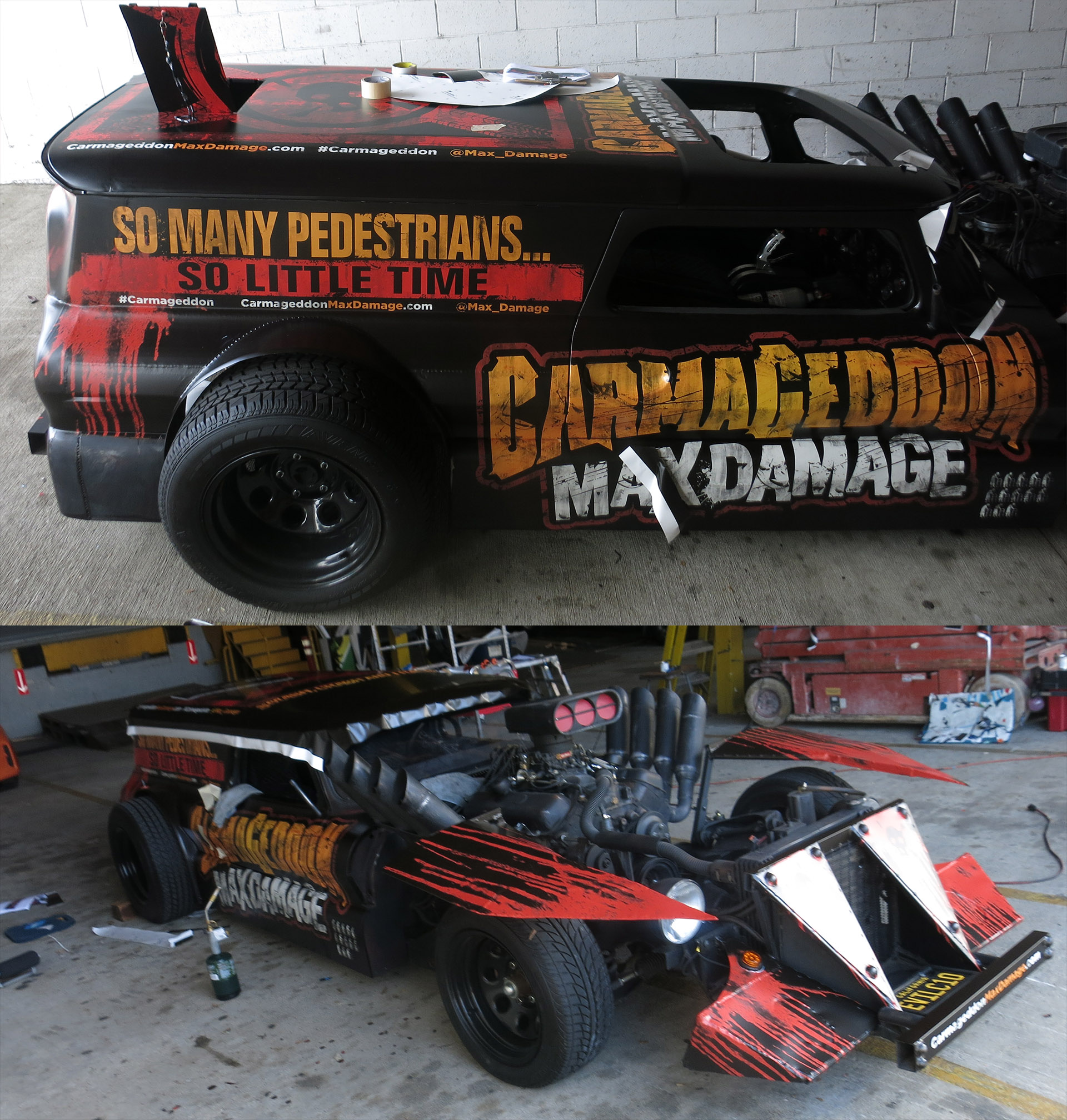 Jason arranged to go and pick up the car so it could be revealed at an event on Sunday night. Only, it turns out that the car isn’t designed for someone of Jason’s… um… stature…

So he had to put in a call for an emergency driver! Step forward Patrick’s wife, Janet. Who turned out to be the only person who was short enough to drive the car..! (I’m not sure if anyone mentioned to her that she’s now got a job for the duration of the show, and in Texas in July, and across Europe over the rest of the Summer…) :)

EVILC10 will be shipped to RTX in Houston after E3, where Carmageddon: Max Damage will have a stand with the car as its centrepiece. From there, we’ll ship it across the Atlantic to Europe, where the plan is to do Gamescom in Cologne in August (driving the car around the venue) and get it on a stand at EGX, NEC Birmingham in September. Igromir in Moscow in October is potentially a target destination too! 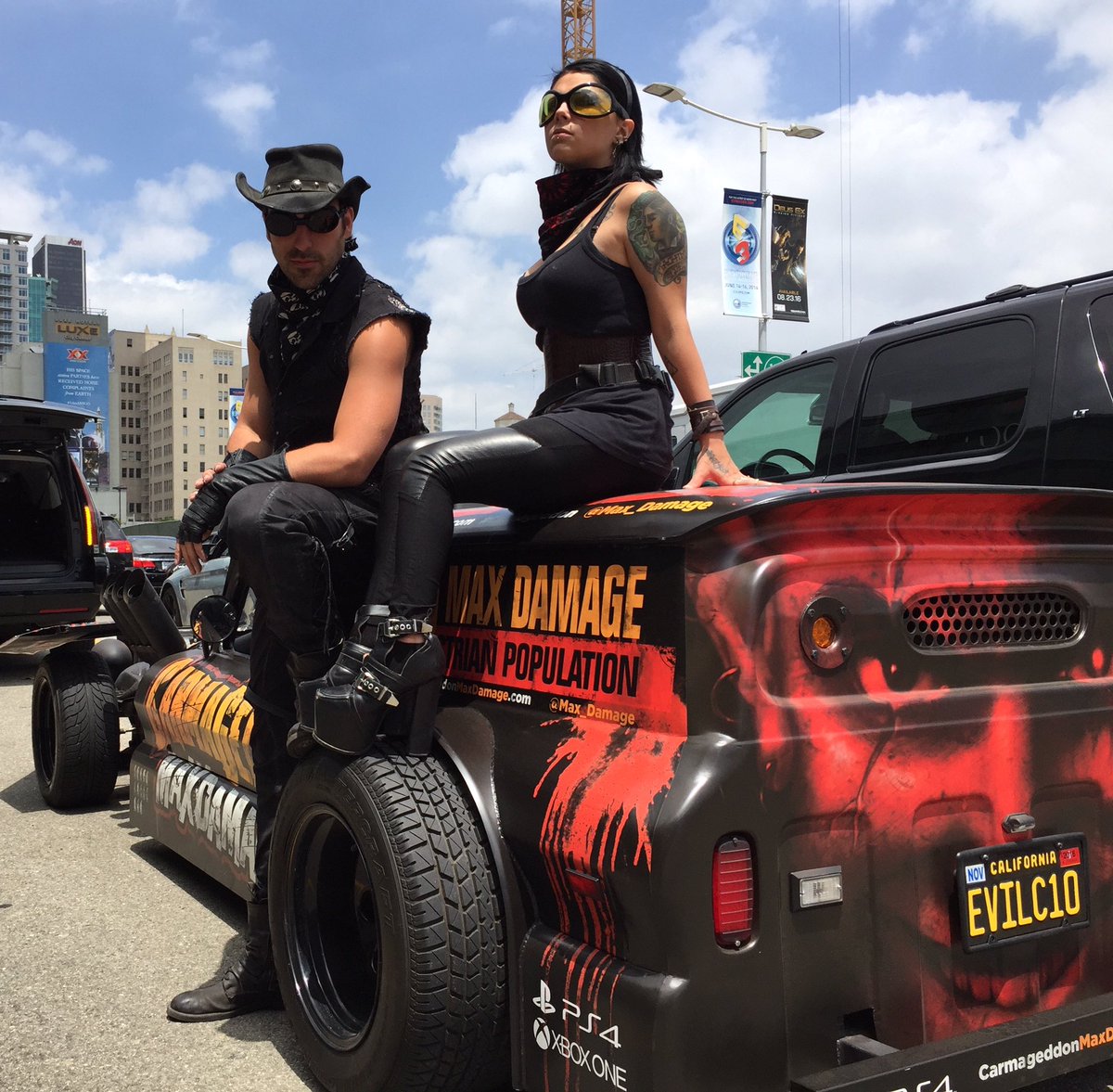 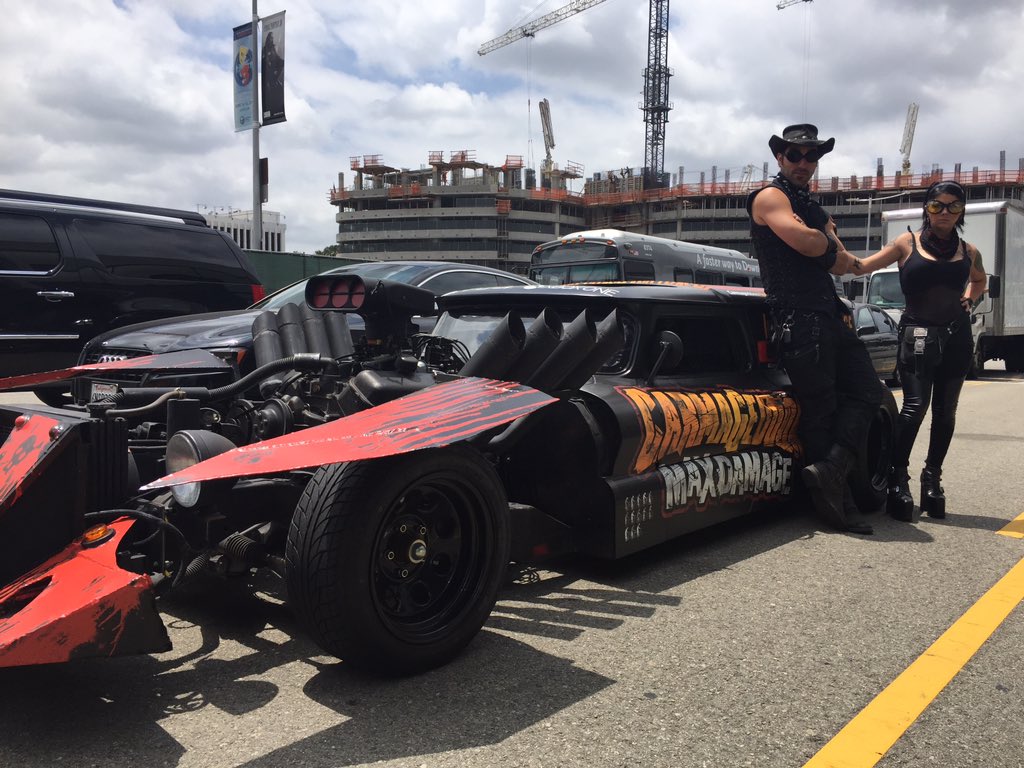 So that’s the schedule, and we hope that you get to come see the car and meet up with us at one of these events! If you happen to see the car make sure you snap a photo and tweet it to us using the hashtag #EVILC10 - it'll then appear in our Bestiary over at evilc10.com!

Discuss this in the forums.
Tags:
Archives
Blog
Official
Top
1 post • Page 1 of 1

Return to “The ReinCarnation Project”