Any C2 mapmakers still around?

Discussing, modding and troubleshooting the greatest unfinished sequel ever!
7 posts • Page 1 of 1

Any C2 mapmakers still around?

I can make terrain like crazy. Love doing it...
What I don't know is how to make stuff happen on it yet.

Awhile back as I was learning stuff in Sketchup, I made a good sized track that, while not quite as big as "Maxed Out", is still a pretty good drive. It was originally to be a contribution to Maxy's truckin' mod.

Anyway it's been sitting around for a long time and I was wondering if anybody would be interested in doing anything with it.

It has mountains, a lake area, an arid desert area, lots of canyons, two bridges, two tunnels, and a bowl-like valley where I had planned to build a town of sorts.

Unfortunately the images aren't working (tried to post preview), but if anybody would like to install the rough version of it (missing a couple textures, no opponent paths and is basically boring at this point but very nicely driveable) you can grab it at the link below and see it that way.

https://drive.google.com/folderview?id= ... EpjOUlFdm8
***When I die may I be surrounded by scattered chrome and burning gasoline***
Top

Here's a view from 3dsmax: 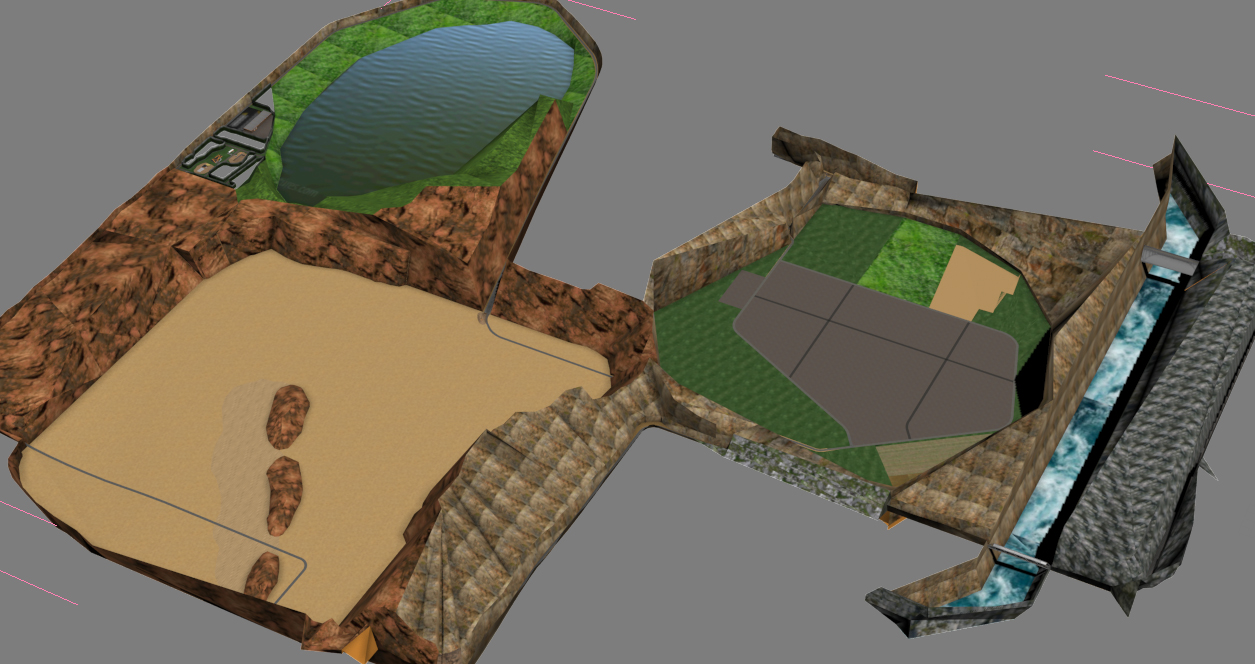 Way too big for my taste!

Tracks this large require a huge amount of work to make them feel lively in C2.

There was a map idea I always wanted to try, basically a swamp with lots and lots of "just deep enough to splash while you drive" water areas, broken up by deeper channels and little islands with trees, bridges and jumps between the solid patches, and a few "swamp redneck shack" type buildings. Maybe a crashed plane or UFO, and some aliens tromping around in a secluded area too? Or some of those dinosaur peds I've seen screenshots of... I dunno, it just seems like it would be an interesting sort of area to race in and different from what we've seen before, not to mention the "bog roll" puns

I know better than to think I have the attention span to get something as involved as all that set up, though, and it would really need massive amounts of non-collidable small plants to drive through to sell the illusion, which would be hellish to place manually in a decent sized map.

The lake area on Deep Dive's map looks like it could actually be about the right size for something like that if most of it was shallows and the surrounding ground was lower to be intermittent swampy bits, which was what brought it back to my mind.
Top

Yes this would be a good setting. Savage-Elve's Schwarzwalder Kirsch 2 tried to tackle that kind of surface in a part of the map. Freddy's mud track also comes to mind.

I'm confident that stock C2 assets (textures, props, peds) are enough to decorate such a level. However the meshwork would have to be more elaborate than stock C2 levels as most of the surface of driving would be slippery and thus it'd be irritating to lose even more friction due to lowpoly bumps

I find the rednecks area (+ aliens easter egg) appealing. Redneck Rampage comes to mind ofcourse heh. From experience I wouldn't make the level too large and would try and create different vertical sectors (moonshine-business in almost flooded underground galeries anyone?). A dirt race track at the surface obviously. Maybe expand the UFO thing into something more. A farm. Etc.

Still looking for a mapmaker 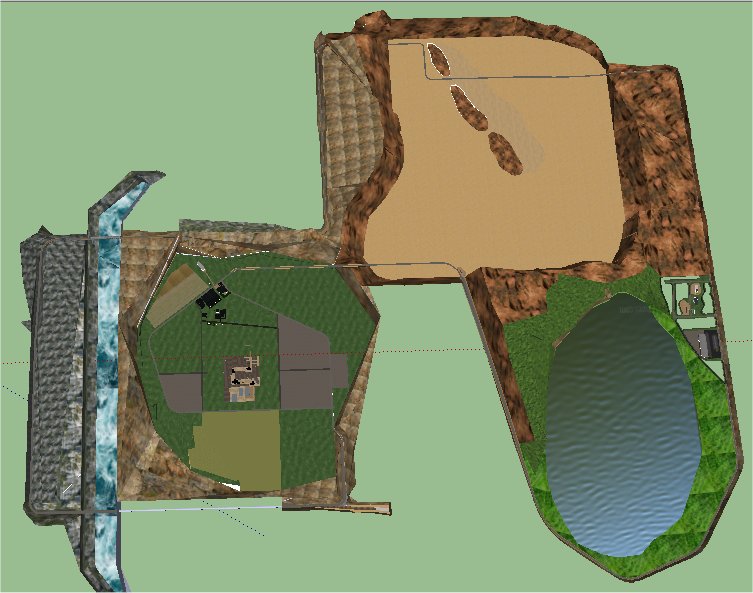 This might rock in C1. It's all built and textured in Sketchup. I think I also have an .sdf
***When I die may I be surrounded by scattered chrome and burning gasoline***
Top

Re: Still looking for a mapmaker


I just have no idea how to set it up.

I think I ported that map but I'm not sure. 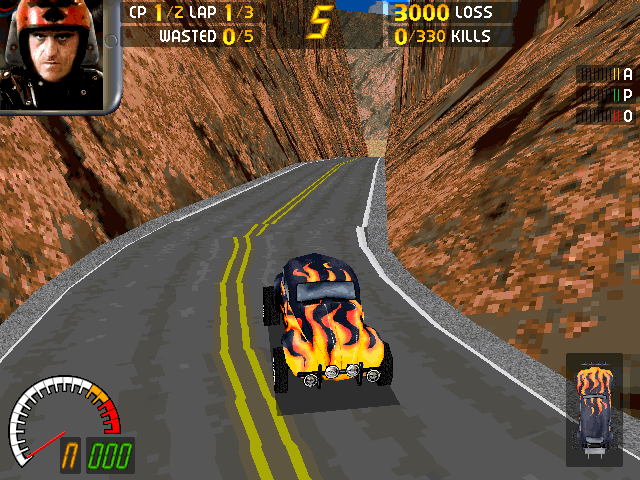 No, that's a test track I made for C2. Coffey made it work on a very basic level.
This one is much larger with separate sections.

It would be easy enough to add that swamp/redneck area you guys were talking about.
***When I die may I be surrounded by scattered chrome and burning gasoline***
Top
7 posts • Page 1 of 1