Discussing, modding and troubleshooting the greatest unfinished sequel ever!
6 posts • Page 1 of 1 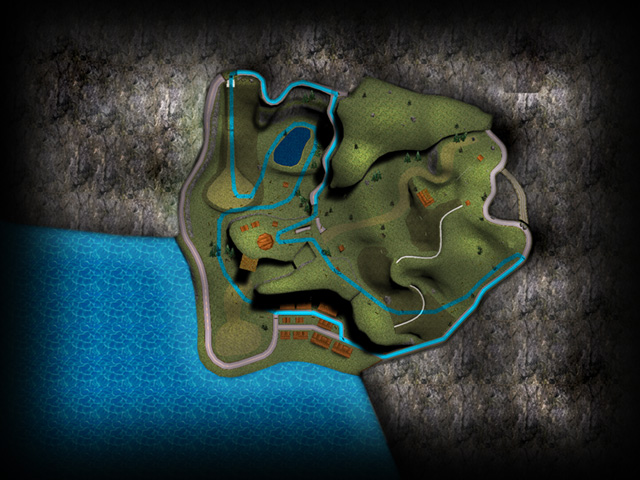 I've been wondering why no one did that little thing before

Simple skin using Beaver Woods and Quarry textures. Modded a handful of little details to fit the theme but it's still basically an elaborated skin.

Thanks to AlexTSK for the race name ideas, I stuck with Abandon Sheep till the end then changed my mind for Grasslands of Gore.


If you want to get rid of all the snow, you can download this standalone skin at RR:
http://rr2000.toshiba-3.com/carmageddon-2#tracks (might have to reload the page if you browsed earlier this week).

Reminds me of the Avalanche track from Destruction Derby RAW, it has a snowy version and a regular dirty version.
[ Razor @ Carmageddon Webmasters Alliance Network ] [ My Downloads ] [ My Carma Items ] [ Conversion lists ]
To download the BETA Mod and more information on my other work, visit me @ https://razor.cwaboard.co.uk
Top

Hah, never thought of that! Now do the reverse!

Honestly thought it was an entirely new map at first.

I just played a while in this track. It's funny how the texture switch workes quite well in certain areas but doesn't work at all in others. For example, there is grass on top of the walls, roads are interupted by patches of grass etc. :) Nice idea though, and I see you replaced more than just textures.
Nice signpost as well ;)
Top

I thought at some point about replacing the asphalt road with a muddy one, just to lessen the contrast with sudden grassy patches like that. But that would have looked weird elsewhere. But yeah, I didn't want to hack the DAT file too much (just added the haybail model in there and edited some material flags) and didn't correct places where that snow material was out of place once turned to grass (like the house roofs...

). Just went with it