Discussing, modding and troubleshooting the greatest unfinished sequel ever!
10 posts • Page 1 of 1 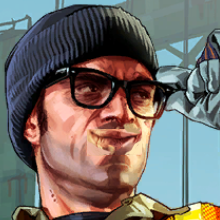 Hello. I've got a problem of mixing namesake textures between cars in the modded game. What are the solutions?
Maybe packing cars in .twt?
Top

You have to rename the textures..! No way around that. They all share the same "pool" so the latest texture loaded with a specific name will overwrite the previous one sharing that same name. Don't think materials work like that. If they do, they have to be renamed as well. Fun!
In C1 the problem also applied to models! Addon cars sharing wheels!

If it doesn't take time, could you describe how to rename someone's car textures? I haven't learned modelling yet
Top

You change the texture filenames. Using unique prefixes is obviously the way to go: if the faulty car is named Twister2 for example, you could use "twist2_" as a prefix for all filenames, like twist2_wheel, twist2_frame, twist2_bumper, etc. Never exceed 14 characters though.
Then you hex-edit the MAT file to point to the renamed textures. It's always the second name entry for each material and you have to remember to edit the byte preceeding the filename to match its length+1 (in hexadecimal):
Screenshot 2022-06-20 233652.png
Though now that I think about it, you could also use PT2 to change the texture and re-save the car

You do not have the required permissions to view the files attached to this post.

Thanks a lot. I think Hex editing is for me. At least I don't have to learn new things
Top


HaveANiceDay wrote:Thu Jun 23, 2022 8:26 pmHi again Tosh and everyone. I have a new problem on this topic: viewtopic.php?f=3&t=19611
I haven't recognized all the dependencies yet, but it seems like if the game doesn't crash, some textures are renamed succesfully, some of them aren't seen by the game an where the hell this roof come from? (I've seen this texture on at least two different car roofs when I tried to rename them)

What do you mean by "aren't seen by the game"? They appear white ingame?
For the roof texture, you have to find which material is set on the roof, then look through the whole C2 Cars directory to find which addon car(s) use(s) the same pixelmap as that material.

Thanks again, the game no longer crashes. But some textures cannot be renamed through TEX editing, such as smashable windows and lights and also that roof. I guess I just got to read tutorials about cars creating now.
Top

Sure you can, rename the texture. If it's used in a material, hexedit the MAT file. Then go through the .txt and .wam files to change the texture filename every time it is referenced.

So if I want to solve the problem of mixing textures, I need to rename their files, then their every second reference in .mat file (9 null byte before it and 12 after), then for the breakables their references in .wam and in .txt for working lights, also simplemodel sometimes shares textures with main. I think after this the issue should be finally resolved.
Top
10 posts • Page 1 of 1