[C2 to C1] Slim Chance in the Cowpoker

When the mayhem started! Discussion, mods and troubleshooting.
3 posts • Page 1 of 1

[C2 to C1] Slim Chance in the Cowpoker

So this one's been a long time coming, having been largely complete for quite a while now with only one nagging problem keeping me from pushing a release. Well, that problem was idiotic and simple and when Tosh pointed it out to me, I figured it was time to get this up on here. This isn't a 100% straight port as I actually did a fair amount of work to the model itself: where the C2 version has open windows and a visible driver model, this one completely removes the interior and rolls up the windows on the doors. Other than that and some creative liberties with the cockpit images, it's a 1:1 port, so enjoy smashing stuff as an angry cowboy with comically oversized spurs on your hood! 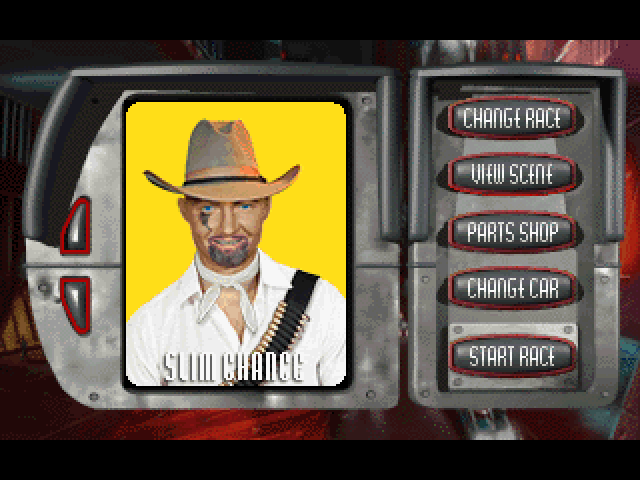 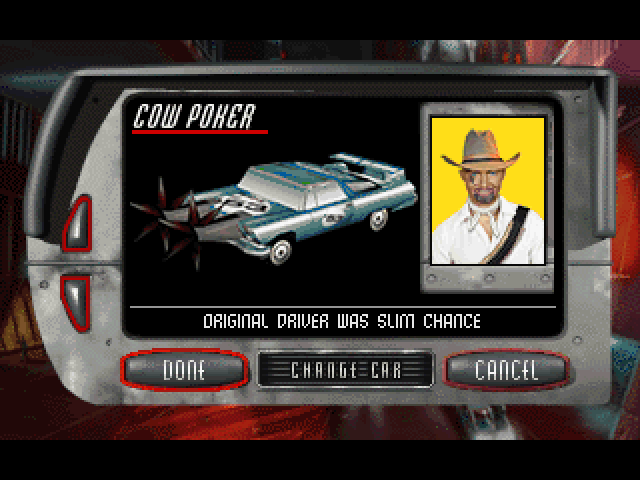 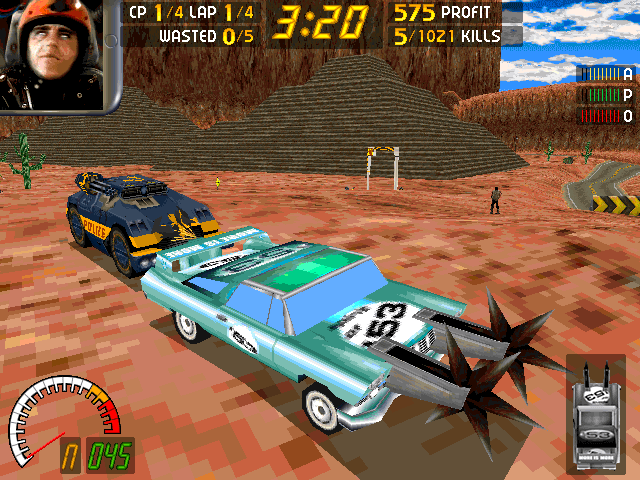 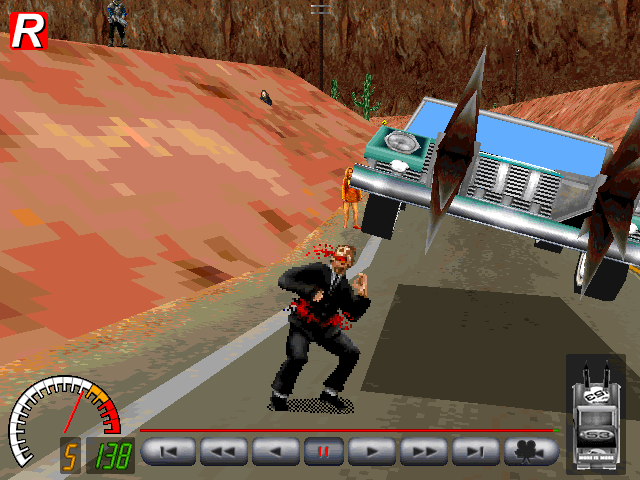 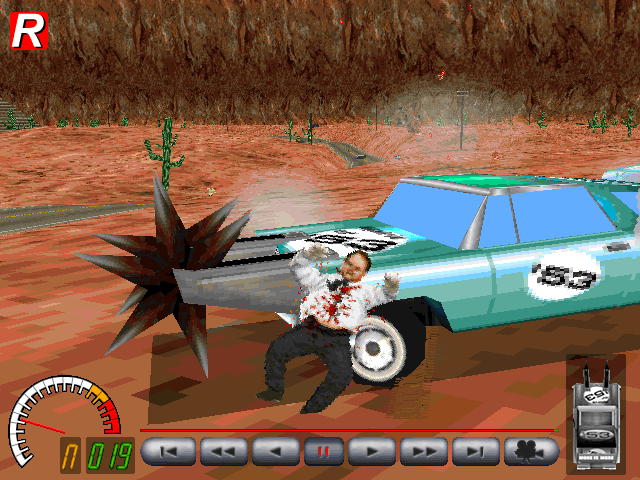 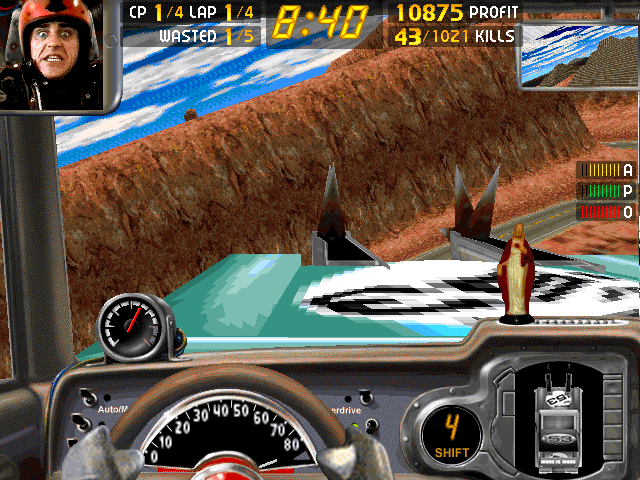 Q.) How fully featured is this port?
A.) With the knowledge I've gained since doing the Blood Riviera, I can now say this is 100% feature complete as a C1 car, right down to including an animated driver mug complete with OPPONENT.TXT flavor text. The only thing that's technically incorrect is that I never manually adjusted the indicator lights on the damage mask, but they're close enough to where they should be that I hardly think it matters.

Q.) Does this require the Splat Pack?
A.) No. It should be entirely compatible with vanilla C1.

Q.) Do the spurs animate in the cockpit view?
A.) Yes! Unlike some other addon cars I've seen which feature an animated weapon in one but not the other, both versions of the spurs spin!

Q.) I'm apparently an elderly person who watched a lot of corny black and white TV westerns when I was a kid. Why does the guy you based the new Slim Chance C1 mug off of look familiar to me??
A.) I'm so glad you asked! Rather than basing him off of a known tough guy-type cowboy, I chose to instead base him off of Roy Rogers' goofy idiot sidekick, Pat Brady.

Q.) Are you old?? Why do you know anything about the Roy Rogers Show??
A.) My father watches a lot of reruns, okay? Get off my fucking back!! 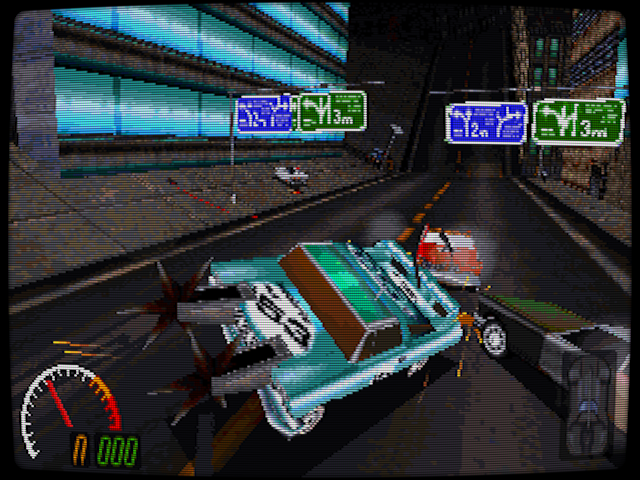 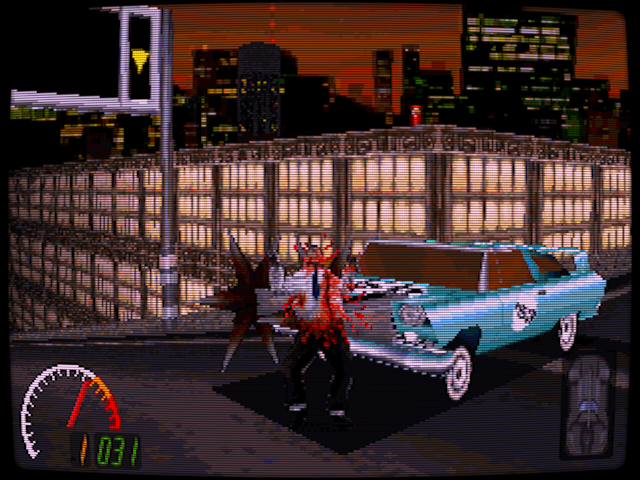 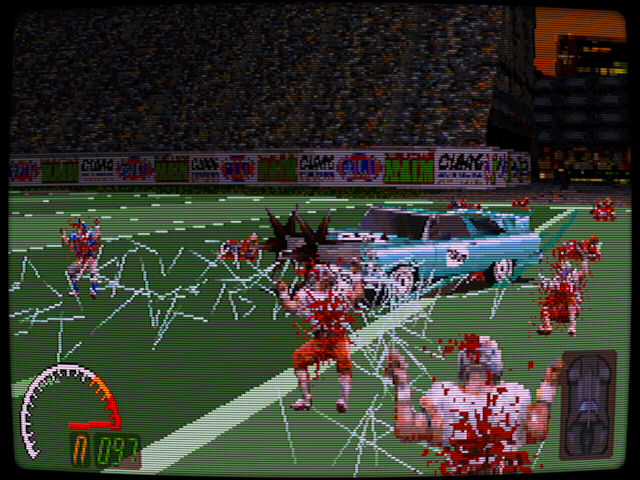 Pretty and slick, nice one Zero 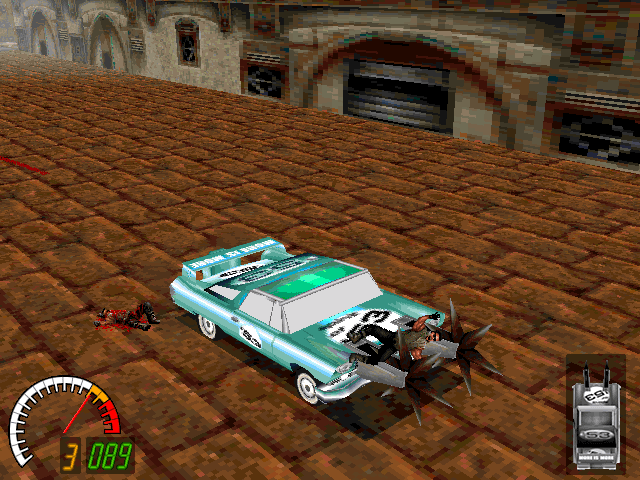 I think I would have just made the black part of the front spurt supports transparent, that's what I'm planning with BBQ C2 anyway.
Also a simpler crush data, this one makes Carma95 moan about unexpected memory to free once the race is over.