[C2 to C1] Dan Dead in the Blood Riviera

When the mayhem started! Discussion, mods and troubleshooting.
6 posts • Page 1 of 1

[C2 to C1] Dan Dead in the Blood Riviera

Hello, I'm some jerk from the internet who you might have heard of at some point. Lifelong Carmageddon fan, longtime lurker here, just freshly dipping my toes into the scene. Most of what I've done so far is just stuff related to the memes of my streams, so I don't know if anyone will ever really be interested in seeing those things released, but here's one I know everyone will enjoy: a port of my favorite Carmageddon driver, Dan Dead, and his Blood Riviera. Enjoy Carma's only officially undead driver in the glory of the C1 engine!! 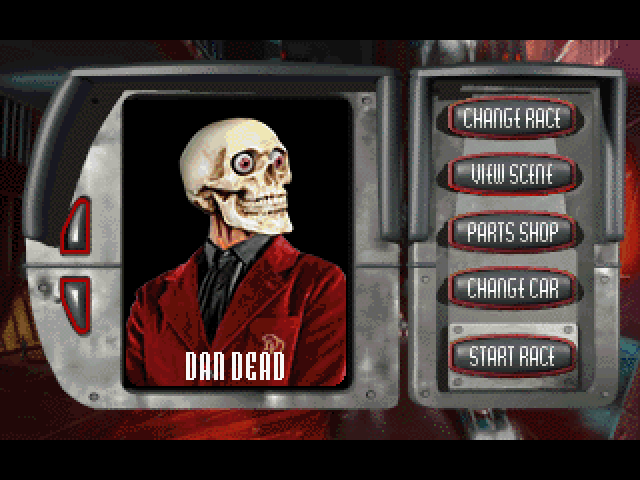 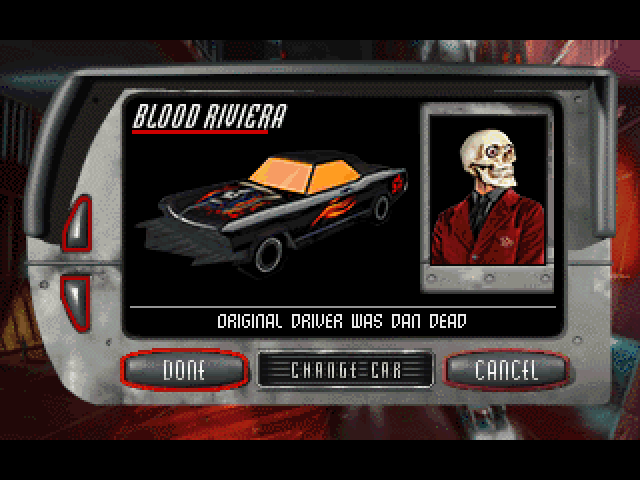 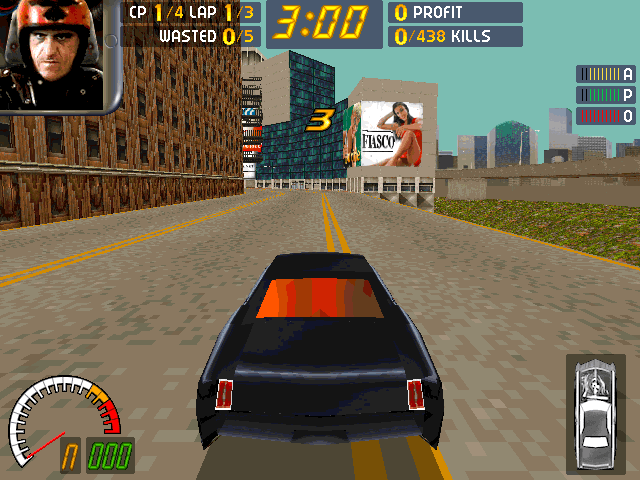 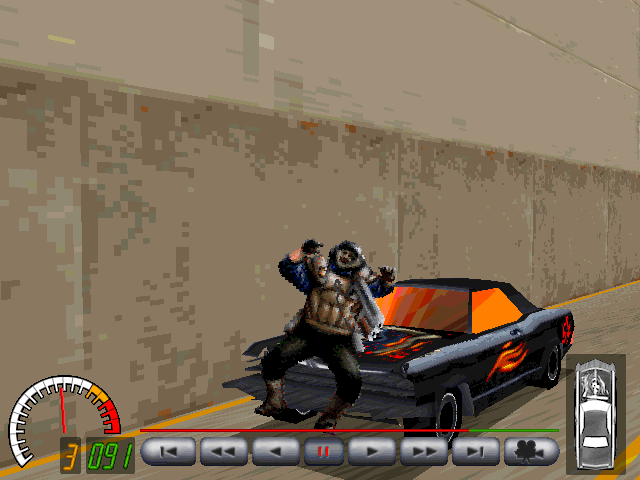 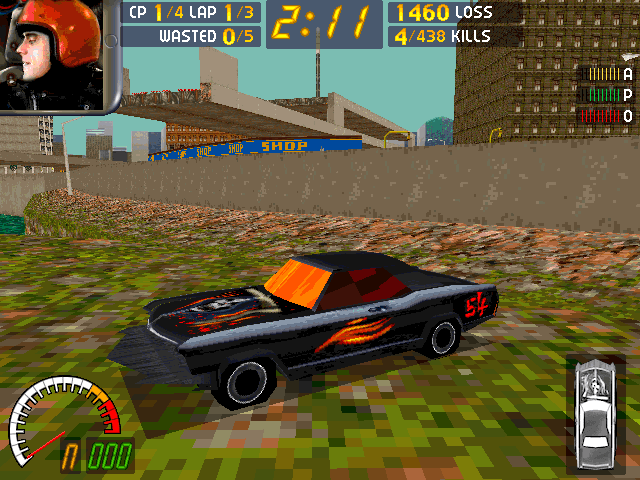 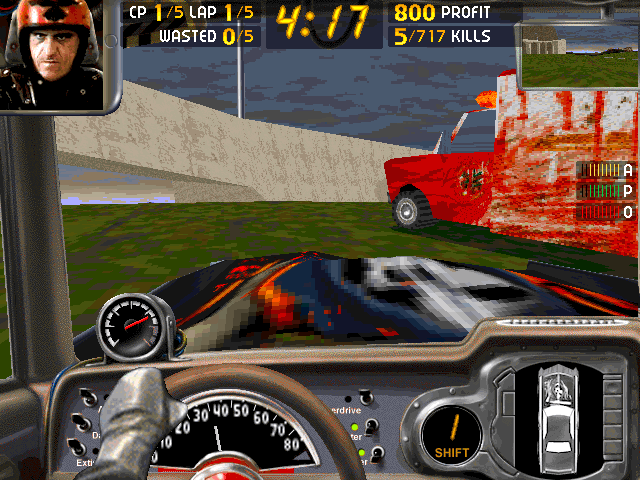 FAQ:
Q.) How fully featured is this port?
A.) It has basically everything an official C1 car has: cockpit, bonnet, damage mask, crush data, reflective windows, simple model, etc. The only thing that it lacks--to my knowledge, anyways--is the rotating animation of the car itself in the driver mug. It does, however, fade to a black screen with the car's name and comes with custom text! Errol expressed interest on the Discord in making some sort of utility to make rendering the car spin easier, so whenever that's available to me, I'll update this with it.

Q.) Does this require Splat Pack?
A.) To my knowledge, no. This should work in vanilla Carmageddon.

Q.) You changed the window texture to the orange one used by many cars in C1, but I prefer accuracy. Is there an easy way to restore the more white windows of the original?
A.) Yes! If for some reason you'd rather have C2 style windows, delete BRIVIERA.PIX and replace it with a copy of BRIVIBON.PIX; it's exactly the same except I swapped the original glass texture back in.

Q.) Why is the custom C1 style Dan Dead portrait wearing a red sport coat instead of a suit with flames on it?
A.) Kind of a goof on my part, actually. For some reason, rather than looking at his C2 portrait, I based it off of his in-car driver skin, which was a dark red suit with flames just on the ends of the sleeves. If it bugs you, hey, consider it a change of outfits between C1 and C2!

Huh, I was sure the cockpit I was using was from the base game. Guess not? Anyhow, download it again; I've uploaded a copy with the left and right views I used included, which should fix the problem for anyone having this issue.
Top 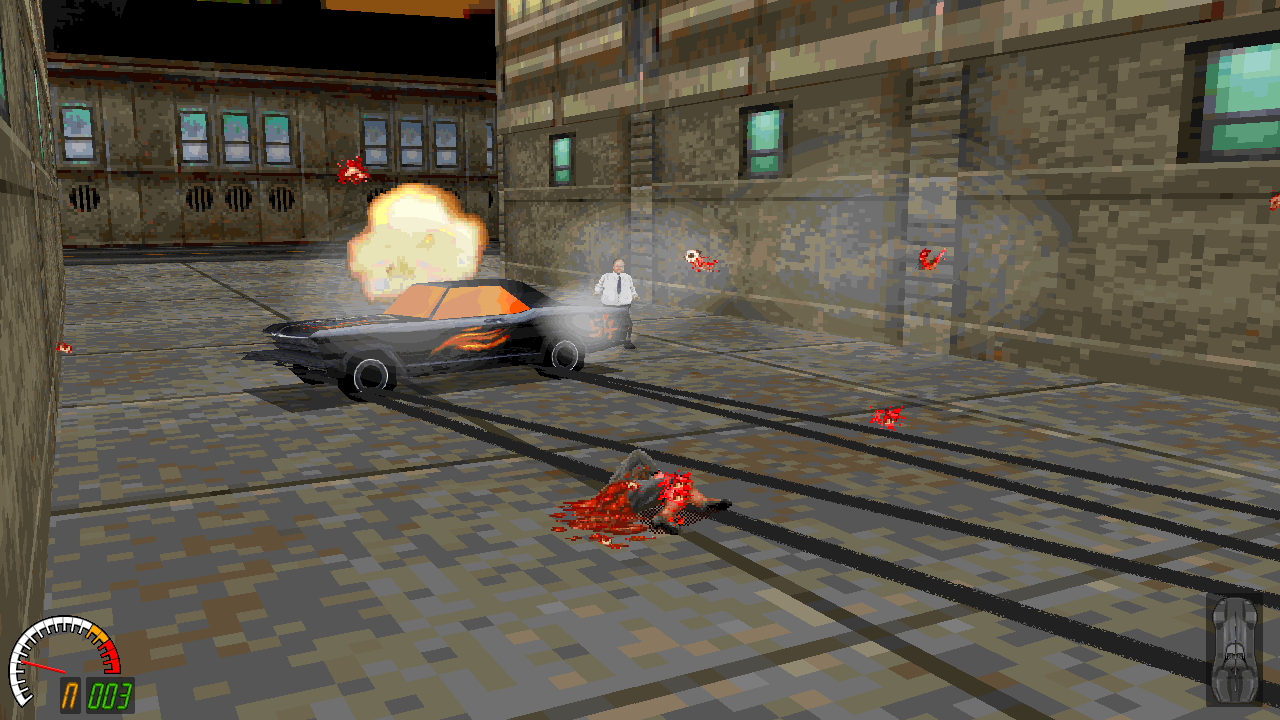