When the mayhem started! Discussion, mods and troubleshooting.
4 posts • Page 1 of 1 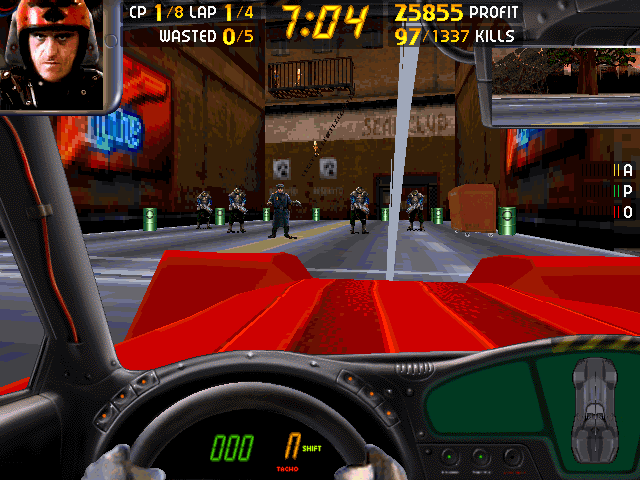 An early WIP release of my port of C2 Max's Junkyard to C1.

There are some issues to fix too.

Download: https://rr2000.toshiba-3.com/R6/JUNKYARD_C1_WIP.ZIP
Have to install by hijacking or duplicating an existing race chunk in RACES.TXT and making it load JUNKYARD.TXT.

Merry Christmas, Carmaheads! Hope you had a great time

A bit more infos:
My goal is to keep as many C2 features in as possible and even add some stuff without going overboard. The main thing you'll notice is all the restored assets from the alpha stage of development. These were part of files sent by Rusk 20 years ago.
I've also based some additions on the prerelease screenshots. This is why you can find the mini and wagon drones as noncars for example.

Peds are in the same amount as the C2 original race. However some parts like the showroom (now with blue carpet) seem to have too many of them which makes them disappear at times. I'll have to sort that out. The ped roster uses all of the original C1 peds but the Ridge Racer girl (as it requires a little fix to make it work and I don't want to ship that with the mod). The peds in the balconies will have to be handled differently too as they're barely visible like that. Or maybe I'll change the balconies texture.

You'll notice some textures that appear to be fullbright in the distance darkness, this is a simple trick. However it doesn't work at all with noncars and other objects that aren't part of the level mesh. Haven't found a solution so far but I'd really like to keep this look (look at the lampposts) as it's very immersive IMO: 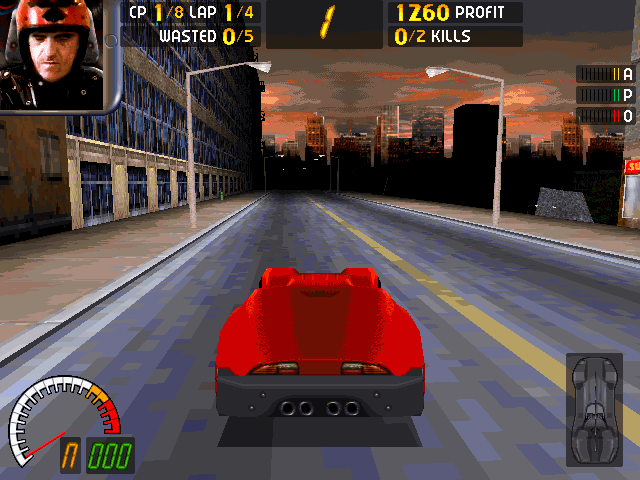 I'll detail it all later, but I've learned a lot with this project and found many many limits and shortcomings exclusive to C1 (in comparison to C2 I mean). I also learned that I won't ever do such a project for C1 again

It's great… really great. I really like the attention to detail. Hope you finish the conversion soon. 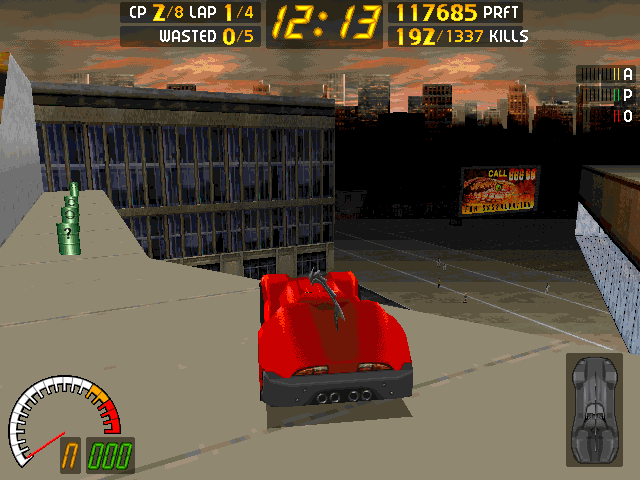 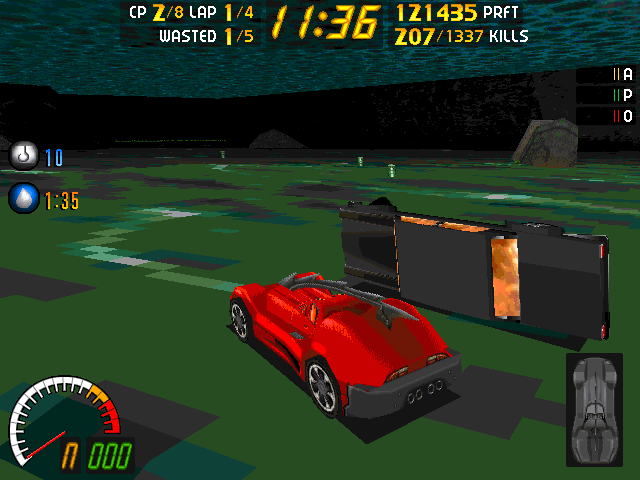 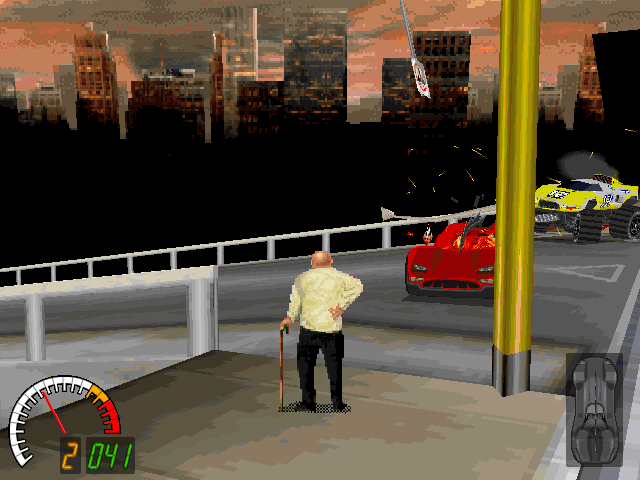 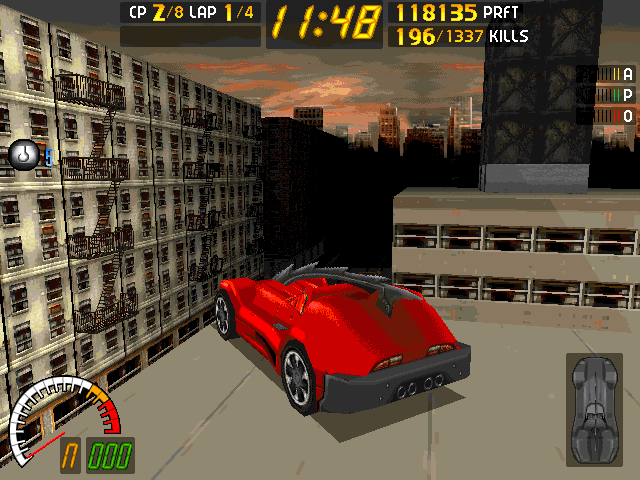 I agree with Mastro, the attetion to detail is great.
Hardly even noticed it is not finished.
I did take away the sincity palette as it was to dark. 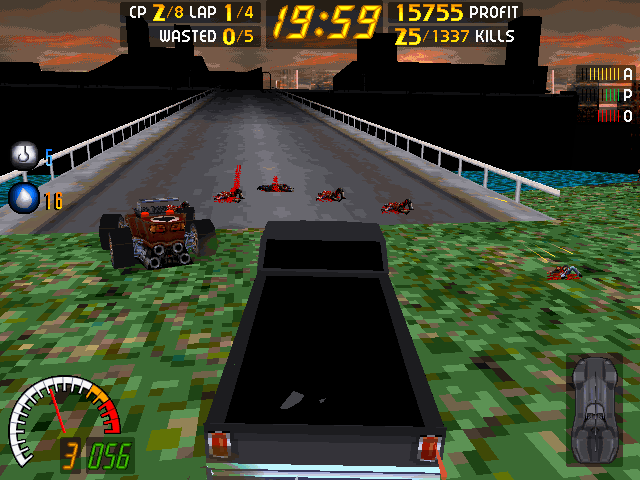 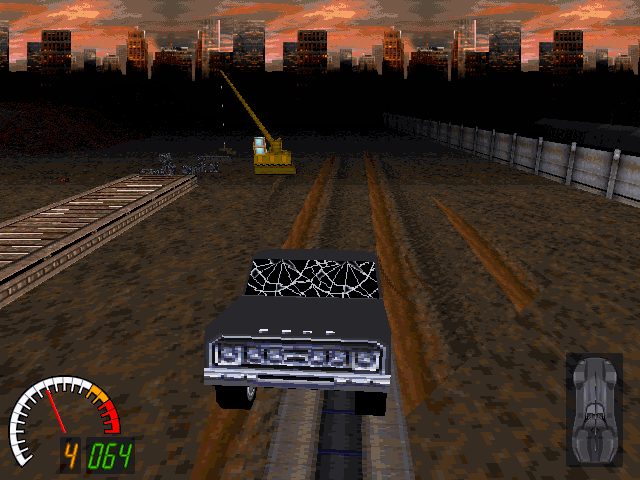 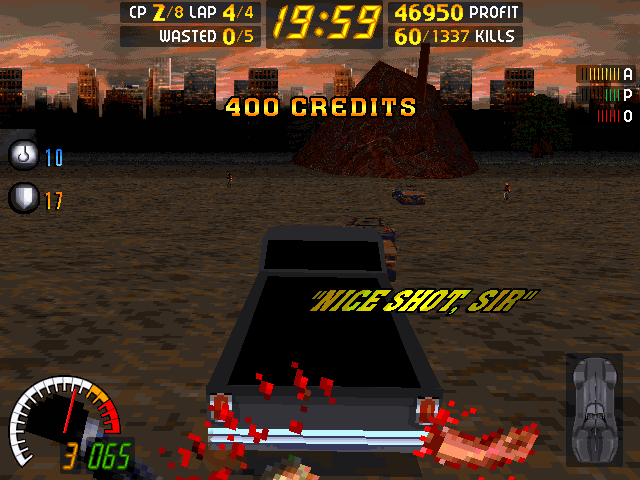 By the way, i think these three would be great additions as opponents. 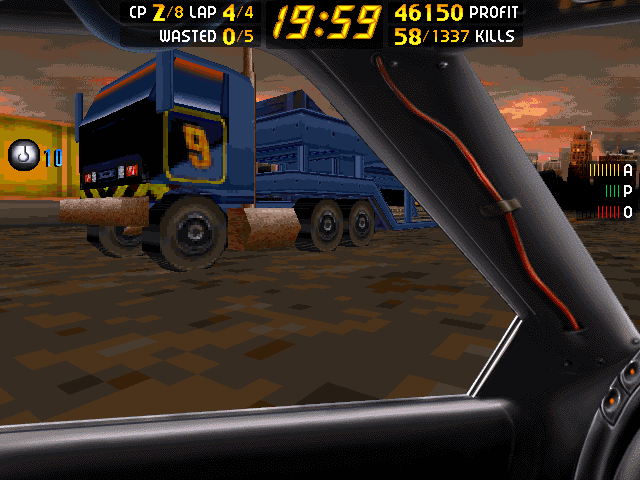 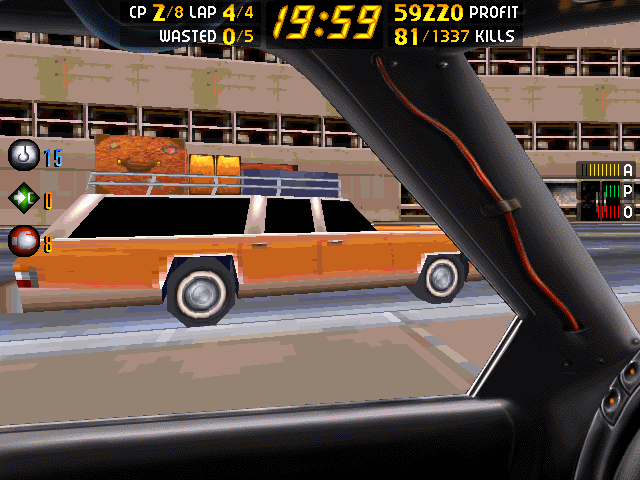 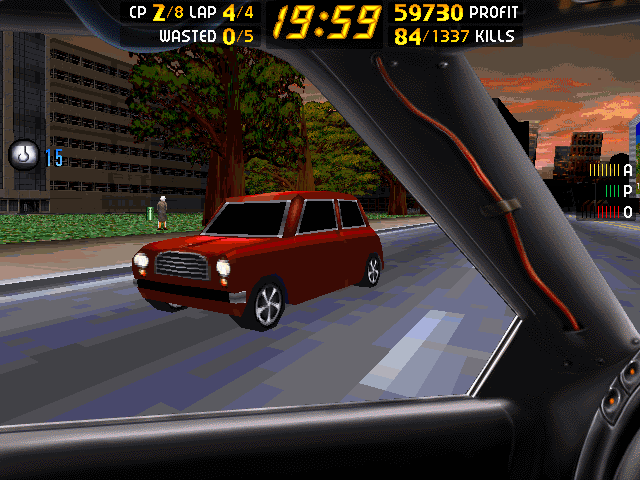 Just tried it on a fresh C1 install.

Impressive work so far. Love the many little added details. The extra noncars, the changed mall and the blue smoke. The added truck etc. Really cool.
It also felt very natural to C1, like it was part of it all along... heh

Looking forward to the final version.